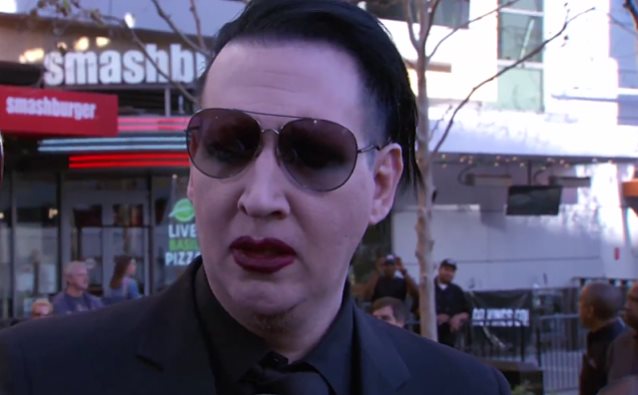 Marilyn Manson's new studio album "is prepared for landing," according to the latest tweet from the shock rocker.

Marilyn Manson's most recent full-length album, "Born Villain", his eighth overall, debuted in the Top 10 on The Billboard 200 chart. The CD earned Manson his fourth Grammy nomination at the 2013 Grammys in the Best Hard Rock/Metal Performance" category for the album's lead single, "No Reflection".

Manson has been cast in a recurring role in the hit FX series "Sons Of Anarchy". Manson will play Ron Tully, a "white supremacist prison shot-caller" who Charlie Hunnam's character, "Sons Of Anarchy" president Jax, uses to expand his power base during the show's seventh season.

The shock-rocker made his TV scoring debut in April with the song "Cupid Carries A Gun", heard on the new WGN series "Salem".

Manson told The Hollywood Reporter that the song "was the last track we just finished for my new album," adding "I liked the themes of 'Salem'. It looks at the witch trials without being cliche like most modern films."