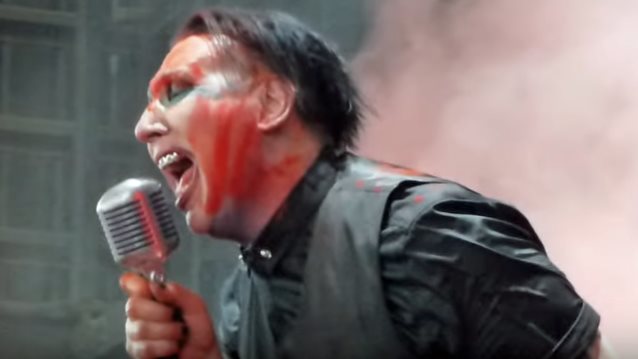 Openers OF MICE & MEN had already completed their set when the announcement was made — at approximately 7:35 p.m. — that the shock-rocker was too sick to perform.

The news was met with boos from members of the audience, some of whom had already paid around forty dollars to purchase a tour t-shirt in ancitipation of seeing all three bands perform.

Manson reportedly gave a disappointing performance Wednesday in Montreal, with the singer apparently inexplicably walking off stage at one point for about ten minutes.

Manson is expected to resume his tour with SLIPKNOT Saturday, July 23 in Syracuse, New York.

The rocker earlier in the month announced that his tenth studio album, cleverly titled "SAY10", will be released on Valentine's Day 2017.

Speaking with Alternative Press after receiving the Icon Award at this year's Alternative Press Music Awards, Manson said the follow-up to 2015's "The Pale Emperor" will arrive on February 14, 2017. No further details are currently available.

From Marilyn Manson Management: Unfortunately, Marilyn Manson had to cancel tonight's performance in Quebec due to illness. The tour continues Saturday Jul 23 in Syracuse, NY. 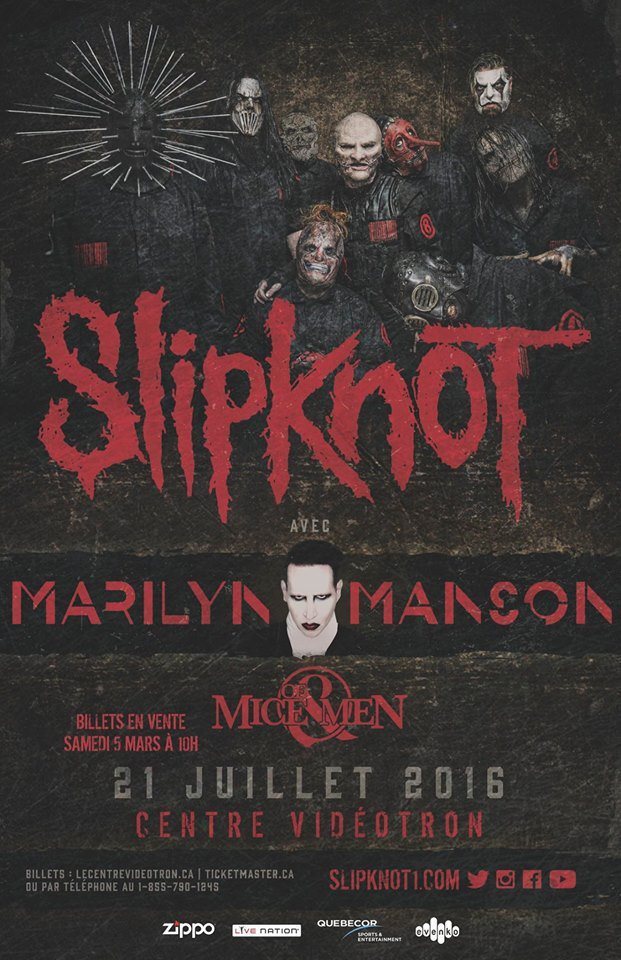