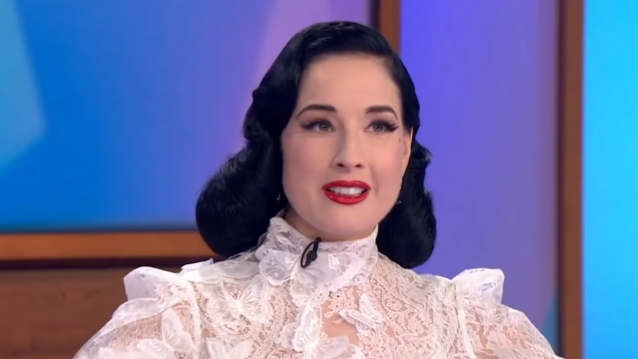 Dita Von Teese has spoken out about the abuse allegations against her ex-husband, Marilyn Manson.

In a statement posted on her Instagram on Wednesday (February 3), the burlesque dancer and lingerie designer said she had been "processing the news" about Marilyn, who she was briefly married to between 2005 and 2006.

"To those who have expressed your concerns of my well-being, I appreciate your kindness," Dita wrote, before adding, "Please know that the details made public do not match my personal experience during our 7 years together as a couple."

"Had they," she continued, "I would have not married him in December 2005. I left 12 months later due to infidelity and drug abuse."

Dita concluded, "Abuse of any kind has no place in any relationship. I urge those of you have incurred abuse to take steps to heal and the strength to fully realize yourself."

Dita's statement came two days after "Westworld" actress Evan Rachel Wood claimed in a social media post that Manson "groomed" and "horrifically" abused her for years. After she shared her accusations, at least four other women posted their own allegations against the singer. The women claimed to have endured "sexual assault, psychological abuse, and/or various forms of coercion, violence, and intimidation" at the hands of Manson.