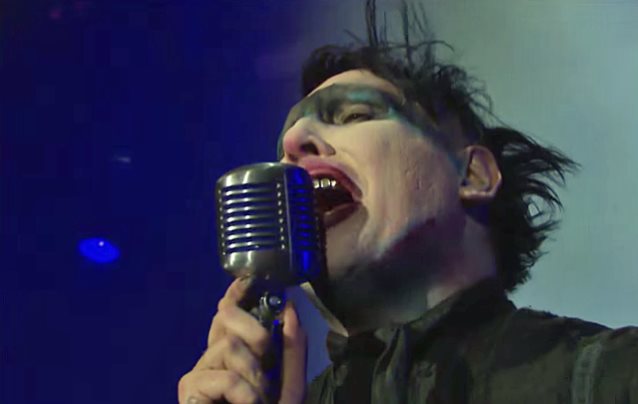 Professionally filmed video footage of MARILYN MANSON's June 5 performance at the Rock Am Ring festival in Mendig, Germany can be seen below.