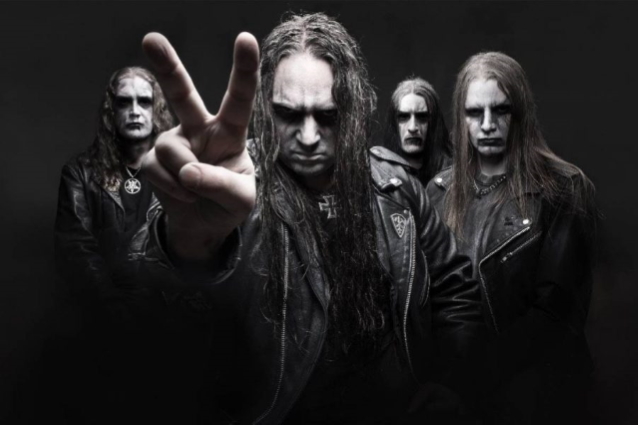 Andersson, who initially joined MARDUK in 1992 as the group's guitarist, made his exit official in a Facebook post earlier today (Sunday, December 29).

He wrote: "After a total of 17 years in MARDUK, 70 countries and almost 900 gigs, I decided to leave the band. I intend to concentrate more on the studio. I therefore wish the other members of MARDUK good luck in the future."

In recent years, MARDUK has been plagued criticism for glorifying Nazi imagery and anti-Semitism, in part because of a fascism-friendly album titles like "Panzer Division Marduk", which refers to WWII-era German tanks. The band's February 2017 concert in Oakland was shut down by the Anti-Fascist Action Bay Area group, which accused MARDUK of having "white supremacist ties" and pointed out that MARDUK's 2015 album "Frontschwein" was written "entirely about the Third Reich."