"Kings Of Metal MMXIV" is a completely new recording with many surprises, celebrating the 25th anniversary of the release of "Kings Of Metal" and MANOWAR's following world tour.

"Kings Of Metal MMXIV" will feature nine main tracks packed with face-melting metal, plus nine bonus tracks with over 40 minutes of additional music.

For the new narration on the spoken word track "The Warrior's Prayer MMXIV", MANOWAR have joined forces with celebrated British actor Brian Blessed. Blessed is a renowned Shakespeare and character actor who has starred, among others, in Kenneth Brannagh's "Henry V", Oliver Stone's "Alexander", in "King Lear", and as Prince Vultan in the cult movie "Flash Gordon".

"Kings Of Metal MMXIV" will be released to retail on February 28 as a 2-disc CD with two 24-page booklets and additional new art by legendary fantasy artist and longtime collaborator Ken Kelly, and as a digital double album.

For the special anniversary, MANOWAR will also open their vaults and reveal never-before-seen photos and other insights into the history of MANOWAR and the "Kings Of Metal" era. 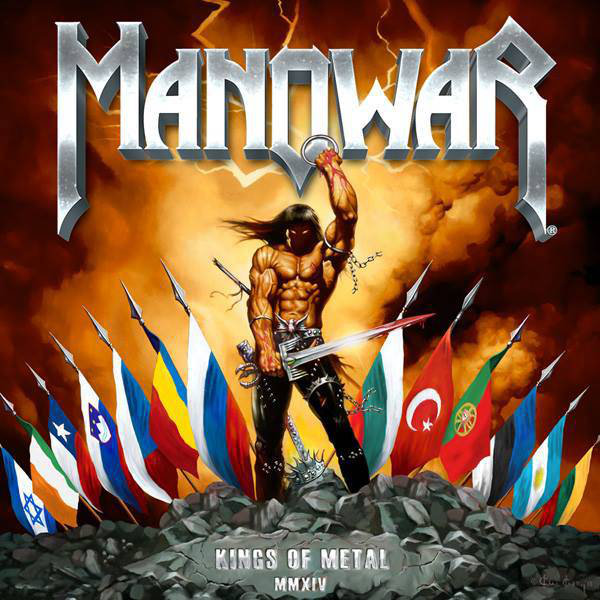