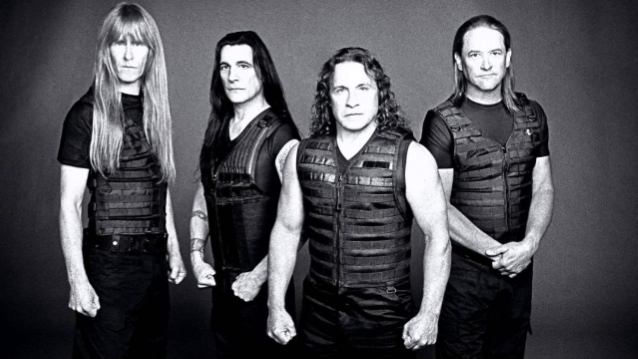 MANOWAR has released a short statement regarding the arrest of guitarist Karl Logan on charges of possessing child pornography.

The band wrote: "With regard to Karl Logan's arrest and the charges against him: Due to the fact that Karl and his attorneys are dealing with these issues, he will not perform with MANOWAR. The new album and upcoming tour will not be affected."

The arrest was made by the Mecklenburg County Sheriff's Office, and the Charlotte-Mecklenburg Police Department is the investigating agency.

A spokesperson for the Charlotte-Mecklenburg Police Department told Billboard that the arrest information likely came to light this week because of a reporter's inquiry into the case.

A spokesperson for the Mecklenburg County Sheriff's Office told The Blast that a warrant was issued back in August for the guitarist's arrest and he was booked into the local jail.