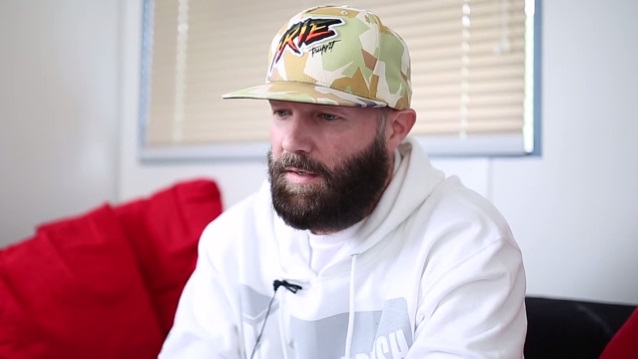 According to DailyMail.co.uk, a 30-year-old man was sentenced to 14 months in jail after pleading guilty to being in possession of 27 smartphones that were stolen from a LIMP BIZKIT concert. The phones worth £9,000 (approximately $15,180) were taken from fans in the crowd during the band's show at The Academy venue in Manchester, England in February.

Originally from Romania, Stefu Costel claimed he was given a a plastic carrier bag containing the 27 handsets to look after by his brother's friend. He pleaded guilty to handling stolen goods.

Costel was previously convicted of conspiring to steal from bank customers in a debit and credit card scam. He also spent time in jail last year for stealing mobile phones from music fans at the Reading Festival.

The majority of the LIMP BIZKIT fans in Manchester who had their phones stolen had their devices swiped from their pockets.

Prosecutor Tim Greenald told the court: "They were not aware of the thefts when they took place, but realized that they had become victims during the night.

"It was an organized and planned theft most likely committed by more than one person with a degree of skill used."