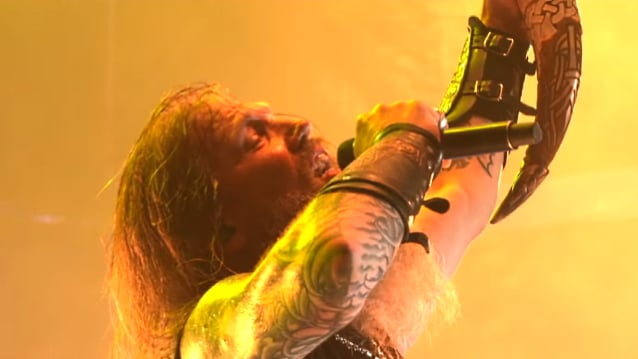 According to CBC, a man has been charged with manslaughter following a fatal stabbing Monday night after AMON AMARTH's concert in Edmonton, Alberta, Canada.

The 36-year-old is accused of killing 34-year-old David Cox.

Cox left the Edmonton Convention Centre venue around 10:30 p.m. when he was involved in an "altercation" and stabbed. He later died in hospital.

The suspect was arrested by bystanders and held until police arrived. He is scheduled to appear in court on October 10.

AMON AMARTH is touring North America in support of its latest album, "Berserker", which was released in May via Metal Blade Records. Also appearing on the bill are ARCH ENEMY, AT THE GATES and GRAND MAGUS.