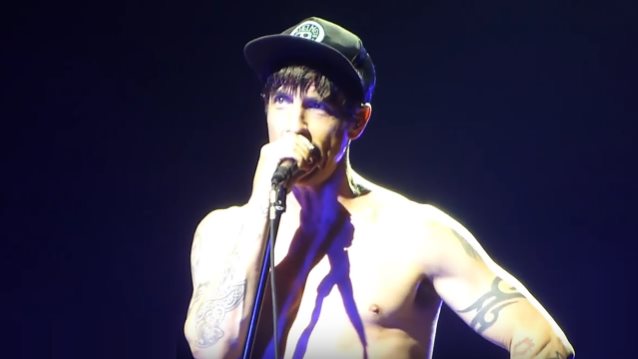 According to the Boston Herald, Boston police arrested a man who falsely claimed to have a bomb near a RED HOT CHILI PEPPERS' concert Wednesday night (February 8).

The 22-year-old Connecticut resident was approached by an officer because his Jeep was stopped in a lane of traffic through several light cycles. When the officer reached the car, the man handed him a note indicating he had a backpack strapped to his chest containing a bomb. After a four-hour negotiation, the suspect was taken into custody and a robot removed a suspicious device from his car. The suspect was then taken to a local hospital for treatment and evaluation.

RED HOT CHILI PEPPERS had just wrapped up the second of back-to-back shows at TD Garden when the incident took place.

RED HOT CHILI PEPPERS are touring in support of the band's recently released eleventh studio album, "The Getaway". The disc, which debuted at No. 1 around the world when it was released back in June, features the chart-topping single "Dark Necessities".