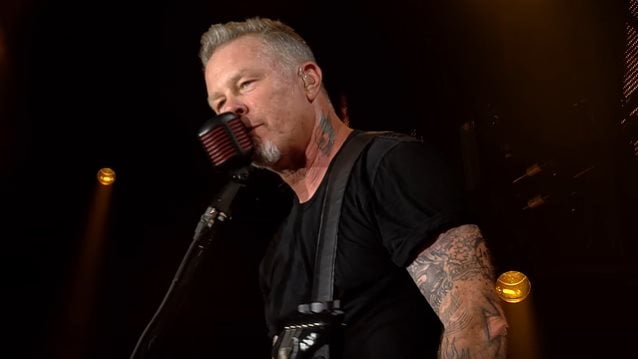 A New Mexico man was arrested for allegedly urinating on a family at METALLICA's concert Friday night in Glendale, Arizona.

Daniel Francis Daddio, of Albuquerque, is suspected of urinating on a man and woman and a 10-year-old girl, according to court records obtained by 12News.

Daddio allegedly began urinating on the family, who were seated in a row in front of him at the concert at University of Phoenix Stadium, at around 9 p.m. The father told Arizona state troopers that "all three of his family members felt warm liquid washing over their backs and legs," according to court documents. After turning around to investigate, the father reportedly "observed Daniel Francis Daddio standing behind them in the row of seats just above theirs with his penis out of his pants and in his hands… Daddio was urinating on all three of his family members."

Court records say the father confronted Daddio about what he was doing, but the the 44-year-old reportedly just "shrugged." The father then reported the event to stadium employees, who notified the Department of Public Safety.

A DPS offer responded to the location and was pointed to Daddio by the father, records said.

Daddio denied the incident ever occurred, but was arrested at about 9:40 p.m. Daddio's ticket confirmed he was sitting directly behind the family, records said.

Daddio made his first court appearance over the weekend.

During Daddio's arraignment, the judge declared: "I have to say in the 15 years I've been on the bench, this is one of the most disgusting scenarios I've ever read. In any event, really inappropriate," according to Phoenix's Fox 10.

Daddio was released from jail. He faces disorderly conduct and indecent exposure charges.

Daddio is scheduled to appear in court again on August 18.

#ICYMI: Man accused of urinating on family of three, including a 10-year-old, at a #Metallica concert in Glendale. https://t.co/ml0cRKA5zB pic.twitter.com/7OW3gqcys5 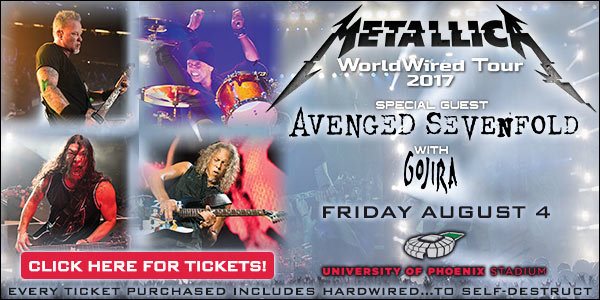