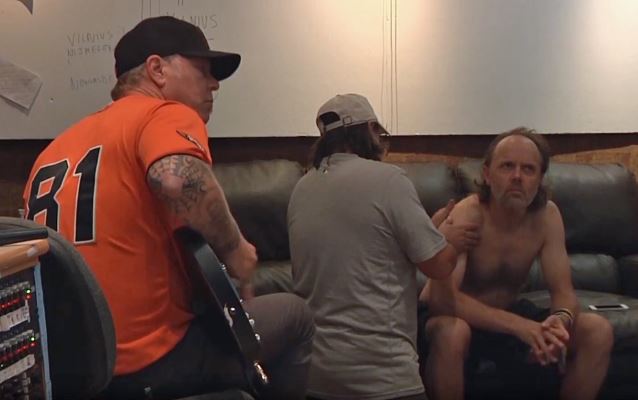 Behind-the-scenes footage from the making of METALLICA's new song "Moth Into Flame" can be seen below. The track is taken from the band's tenth studio album, "Hardwired...To Self-Destruct", which is scheduled for a November 18 release via Blackened Recordings. The long-awaited follow-up to 2008's "Death Magnetic" consists of two discs, containing a dozen songs and nearly 80 minutes of music.

Ulrich spoke with Rolling Stone in a recent interview about the lyrical themes on the "Hardwired...To Self-Destruct". He revealed: "There's a lot of dark stuff about relationships. Not just with other people, but the hidden personalities within."

Hetfield told The Pulse Of Radio which songs on the new record contained some of his favorite lyrics. "You know, for me, lyrically some of the favorite, 'Moth Into Flame', I like 'Am I Savage?' and boy, I really like 'Dream No More', which is also kind of another Cthulhu reference but in a very different sense. [Laughs]."

Ulrich also said about the disc's musical style: "Most of the songs are simpler. We introduce a mood and we stick to it, rather than songs we've done where one riff happens and we go over here and then over there and becomes a journey through all these different soundscapes. The songs are more linear."

Hetfield talked about how some fans online are already giving the new record a thumbs-down before hearing it. He said, "Yeah, you get different versions of it now online, with all the haters and the people that have some bone to pick. We don't give a crap. We love what we do, and we're doing it because we love doing it, and we're making music we wanna hear. We're artists, and it's as simple as that. And you can judge it all you want, but we're gonna do what we feel is right for us."

METALLICA will next appear at Neil Young's Bridge School Benefit in Mountain View, California on October 22 and October 23. 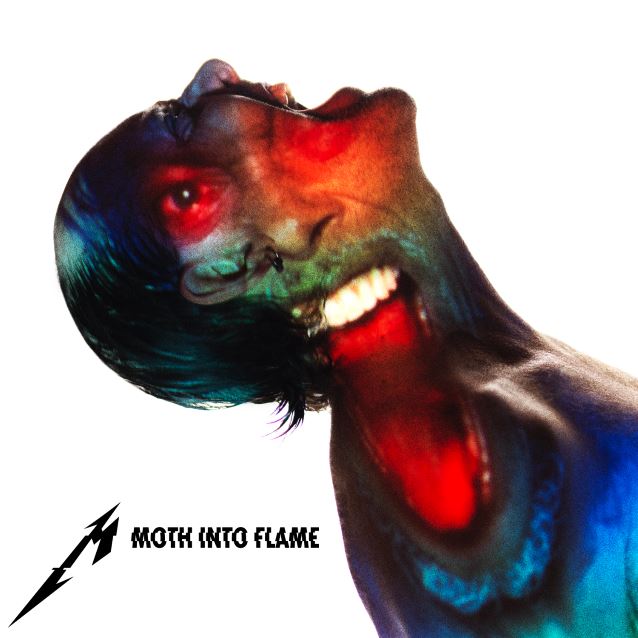