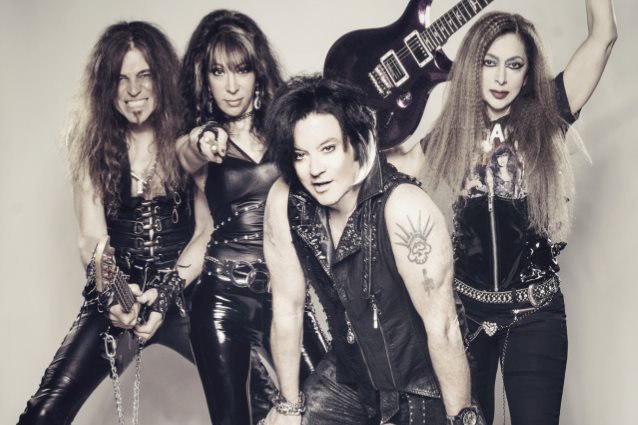 Produced by MADAM X at Metro 37 Studios in Rochester Hills, Michigan and mixed by Michael Wagener (MEGADETH, METALLICA, SKID ROW, OZZY OSBOURNE), with additional mixing by Mark Slaughter, "Monstrocity" is a hard-hitting classic metal/rock record sure to serve as a proper return to form for MADAM X, and a kick in the ass for fans old and new.

Fast forward to 2017, when the Petrucci sisters collaborated with vocalist Mark Slaughter on a Lemmy Kilmister tribute track for their VIP AFTERSHOW project. Slaughter introduced Roxy to EMP Label Group head of A&R Thom Hazaert, who released a twelve-inch "Kilmister" single for AFTERSHOW, and the conversation soon shifted to the upcoming MADAM X release.

Says Hazaert: "When I connected with Roxy and we were working on the AFTERSHOW stuff, and she told me they were working on a new MADAM X record, I was extremely excited at the prospect of releasing it. After a brief courtship, we made the decision to put it out together, and I can honestly say I'm still excited.

"MADAM X is such a kickass rock band. I was always a huge fan of their first record, and to be able to release its follow-up over thirty years later is just insane."

Adds Roxy: "Hell may not be pretty, but good things will find their way out! It takes a huge pair of metal balls to sign a band like MADAM X, David Ellefson and Thom Hazaert at EMP put their love of metal first, and crushed it by signing MADAM X! Raw and flawed, 'Monstrocity' will be unleashed onto the world in fall 2017! Long live rock 'n' roll but immortalized in metal!" 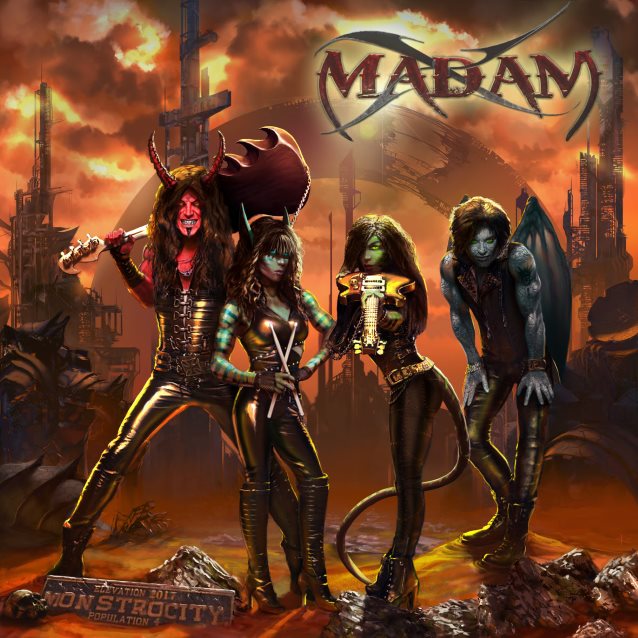