One of the most iconic and instantly recognizable voices in music history is back in a way you've never heard before. Multi-platinum artist Macy Gray makes her Chesky Records debut with her new jazz-infused album "Stripped", an intimate offering recorded live on high-resolution audio in a decommissioned Brooklyn church around one binaural microphone. Out on September 9, "Stripped" features new original songs, intriguing covers, and stunning new arrangements of her classic hits. In support of the upcoming CD, she released her cover of METALLICA's "Nothing Else Matters" which Vulture described as "performed now as if she were on the marquee at a local jazz club in the '30s."

Paired with an awe-inspiring jazz ensemble and recorded over the course of just two days with no overdubs, "Stripped" gives Macy's voice the space and freedom to truly shine. It features drummer Ari Hoenig (Joshua Redman), trumpeter Wallace Roney (Dizzy Gillespie, Miles Davis), guitarist Russell Malone (Diana Krall), and bassist Daryl Johns who met Gray just one day before recording began. Together, they even wrote one of the album's new tunes, "Lucy", on the spot during the recording sessions.

Though Gray is a multi-platinum pop artist, she thinks of herself as a jazz singer. She brings that intimate, late-night feel to "Stripped" with the subtly searing new tune "Annabelle" and "The Heart", while turning "I Try" into a glimmering study in muted guitar, anchored by an authoritative upright bass. It's one of five previously recorded songs that Gray and her ace band reinterpret. "Sweet Baby" becomes taut and urgent, "Slowly" unfolds into a slow-burner, "The First Time" has a torchy elegance, and "She Ain't Right For You" bobs along on an airy reggae backbeat. She sings with an aching sensitivity on the album's other cover — Bob Marley's "Redemption Song".

"Nothing Else Matters" was featured as a playable track in the music video game Guitar Hero: Metallica and has been covered over forty times by a host of different artists, including STAIND, SHAKIRA, BIF NAKED, DIE KRUPPS, REV THEORY and APOCALYPTICA. 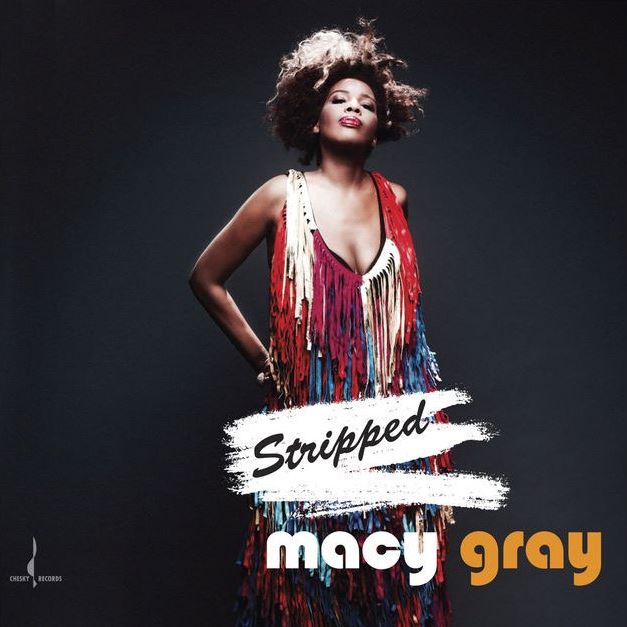