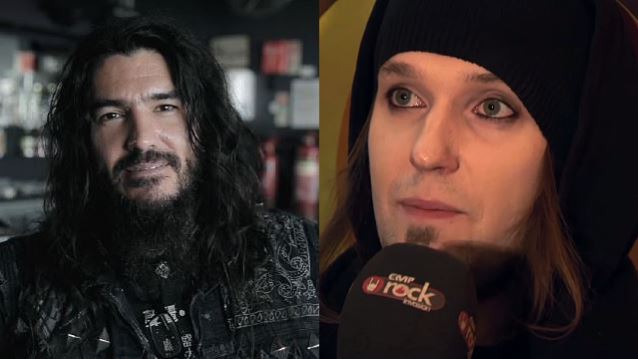 MACHINE HEAD's Robb Flynn has slammed "shit-talking" CHILDREN OF BODOM fans over their reaction to the cancelation of the two bands' joint North American tour and has called out COB frontman Alexi Laiho for issuing a "little bitch-ass response" to the trek being called off.

MACHINE HEAD last month announced the postponement of its North American tour in order to focus on completing the band's new album, "Bloodstone & Diamonds". A few days later, Laiho posted a message on his Facebook page in which he told the CHILDREN OF BODOM fans — affectionately known as the "hate crew" — that the trek was scrapped "without any fault of our own." He added: "I will not go into details on why or what happened, but I need you, my friends, to know that this had nothing to do with me or CHILDREN OF BODOM. But hey, you know what? Shit fuckin' happens, life goes on, and at least now we have an extra month and a half to write new COB shit. So, instead of focusing on the negative, I'm gonna start to write music this very second and it will be some angry shit."

Writing in the latest installment of his online blog, "The General Journals: Diary Of A Frontman... And Other Ramblings", Flynn said: "The CHILDREN OF BODOM 'Hate Crew' has been out in full force in light of the U.S. tour being rescheduled. It's typical shit talking, albeit a ton of it to the actual MACHINE HEAD fans, saying 'how much better BODOM are than MACHINE HEAD' and how 'BODOM should've been headlining over MACHINE HEAD,' and 'fuck MACHINE HEAD.'

"Most people usually need the motivation to act like fools and Alexi's little bitch-ass response certainly got the 'Hate Crew' fired up.

"But to the weak attacking the MH castle? Whatever… we've got the Head Cases, the fucking MH diehards, armed to the teeth and defending us to the bitterest of deaths.

"For every person that complains about the tour getting canceled the Head Cases are, like, 'Shut the fuck up, life goes on, M F’n H to the death!!!' So for every one of those people, I thank you VERY much. Truly, from the bottom of my heart, I appreciate the fact that you do that. Because shit DOES happen and sometimes life DOESN'T go the way you want it to."

"Bloodstone & Diamonds" will be released on November 10 via Nuclear Blast Entertainment. The CD was recorded in part at GREEN DAY's JingleTown Recording compound in Oakland, California. 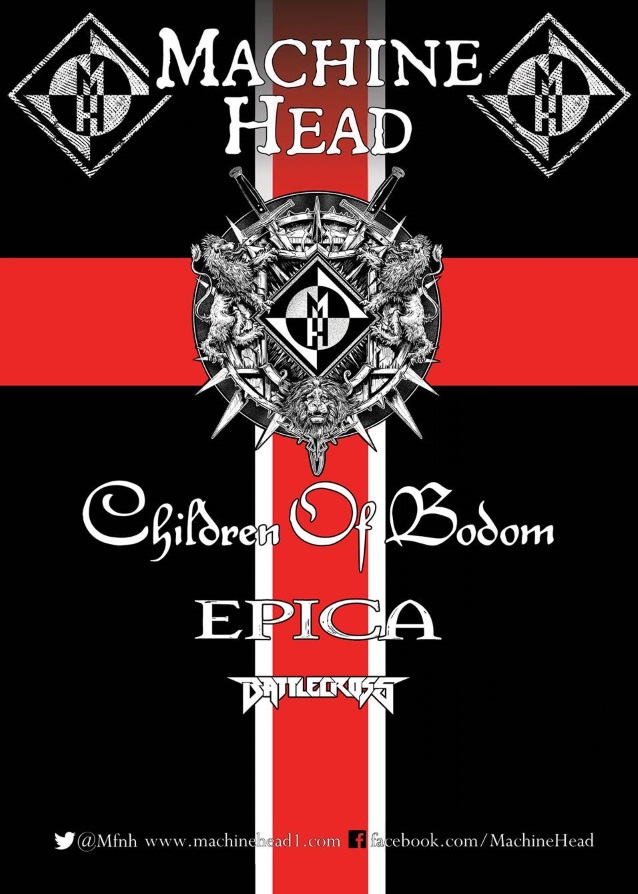