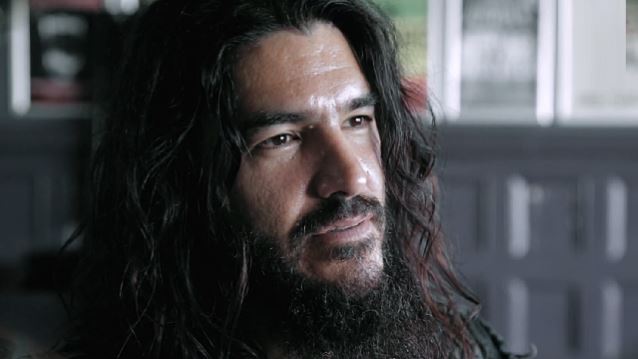 Guitarist/vocalist Robb Flynn of San Francisco Bay Area metallers MACHINE HEAD recently spoke to UK's Metal Hammer magazine about the state of metal… and COLDPLAY. Check out the clip below.

"I think it all goes in cycles," Flynn said when asked for his opinion on the health of the metal scene in 2014. "We kind of had a little bit of a peak, maybe, in the mid-2000s — there was a lot of cool new stuff — and right now it seems like it's starting to get a little, kind of, samey. But I don't… You know, I don't really keep up on the state of metal enough to really be… you know, a commentator about it. I mean, I think that there's always gonna be good stuff coming out, and I think that there's always gonna be loads of crap coming out. I just try to keep my ear to the street and listen for new stuff that is exciting to me. And that goes for all music, because I don't just listen to metal — I listen to hardcore, I listen to hip-hop, I listen to melodic, COLDPLAY-type shit — and so, for me, it's just listening to music.

"What is it about COLDPLAY that I like? You know, I haven't heard any of their latest stuff, but the first two records, I really like those first two records. Just like, probably for the same reason that I like THE CURE and just depressing, stark pop shit. Something about that's always… I've always been drawn to that, for some reason."

MACHINE HEAD last week announced the postponement of its North American tour in order to focus on completing the band's new album, "Bloodstone & Diamonds". Due on November 10 via Nuclear Blast Entertainment, the CD was recorded in part at GREEN DAY's JingleTown Recording compound in Oakland, California.