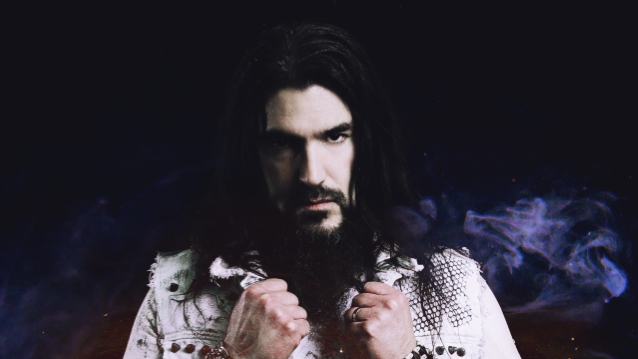 MACHINE HEAD frontman Robb Flynn performed at Stars To The Rescue XXVIII on January 26 at Lesher Center For The Arts in Walnut Creek, California. Joining him at the event were Craig Locicero (DRESS THE DEAD, FORBIDDEN) on guitar, Andy Galeon (DEATH ANGEL) on drums, Harald O. (D.R.I.) on bass and Kayla Dixon (DRESS THE DEAD, WITCH MOUNTAIN) on vocals, among others.

Song highlights and rehearsal-room "Flynnanigans" from the fundraiser can be seen below.

Proceeds from the event, which was presented by Tony La Russa's Animal Rescue Foundation, allow ARF to save dogs and cats who have run out of time at public shelters and bring life-enriching programs to animals and people.

This past November, MACHINE HEAD completed its final tour with guitarist Phil Demmel and drummer Dave McClain. Demmel, who first played with Flynn in VIO-LENCE in the late 1980s and early 1990s, said in a statement saying that it was "simply time" for him "to step away and do something else musically."

MACHINE HEAD's latest album, "Catharsis", was made available in January 2018 via Nuclear Blast.