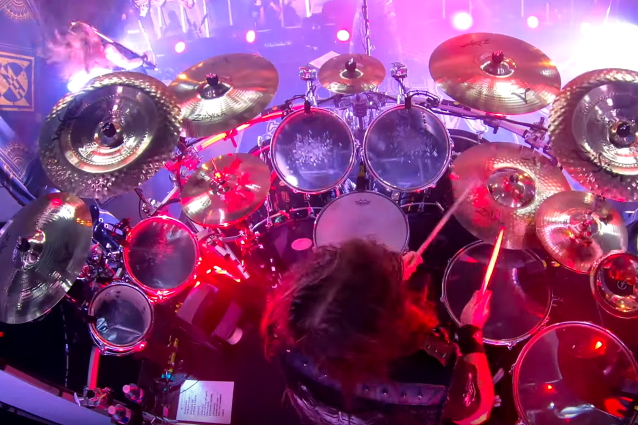 Drum-cam footage of MACHINE HEAD drummer Matt Alston performing the song "From This Day" with his bandmates on October 29 at Le Trianon in Paris, France can be seen below.