MACHINE HEAD will bring its "Burn My Eyes" 25th-anniversary tour to the Hollywood Palladium in Los Angeles on December 20.

Building on MACHINE HEAD's "An Evening With…" format, the show will be a three-hour musical extravaganza, comprised of two parts: Part one will feature a battery of MACHINE HEAD's modern classics, such as "Imperium", "Halo" and "The Blood, The Sweat, The Tears", featuring Flynn and MacEachern performing alongside two soon-to-be-announced musicians on guitar and drums. Part two will feature "Burn My Eyes" played in its entirety for the first time ever, with Kontos and Mader joining in.

A special BLABBERMOUTH.NET presale will begin on Tuesday, June 4 at 10:00 a.m. PT and end on Thursday, June 6 at 10:00 a.m. PT. When prompted, type in the presale code "BURN" to access tickets before the general public. 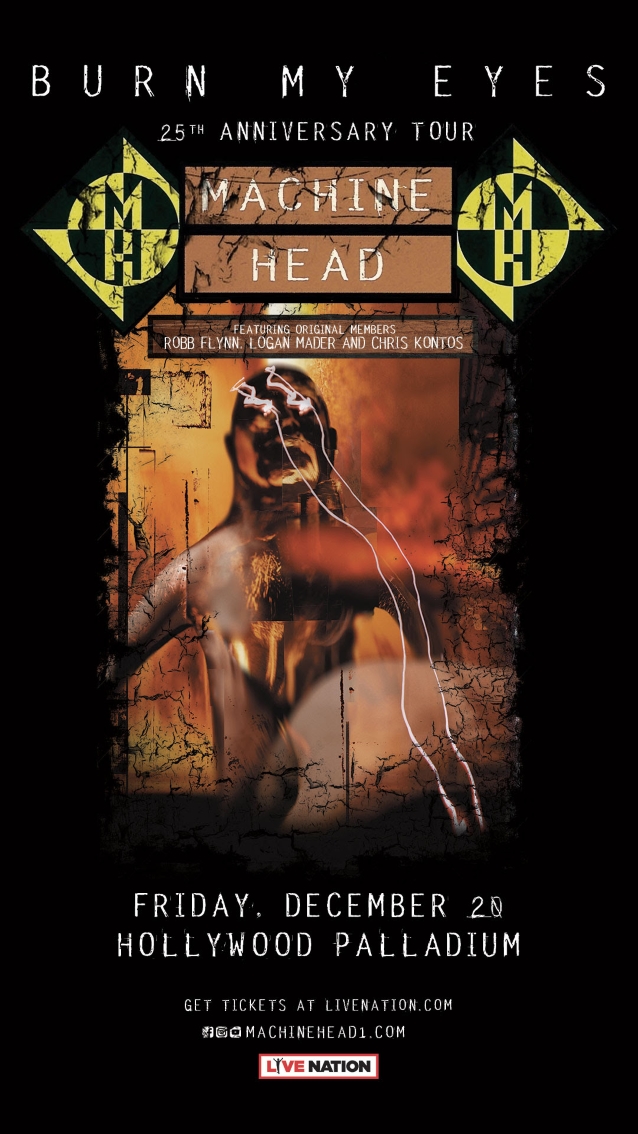