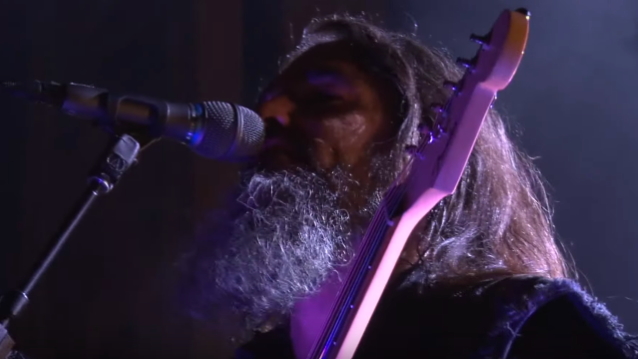 Professionally filmed video footage of MACHINE HEAD's February 1 concert at Webster Hall in New York City can be seen below.

The North American leg of MACHINE HEAD's 25th-anniversary tour for the band's debut album, "Burn My Eyes", kicked off in Phoenix on January 16 and will continue across Toronto, Chicago and Denver, wrapping up at the legendary Fox Theater in Oakland, California on February 21 and House Of Blues in Anaheim, California on February 22. Each show on the trek consists of two parts: part one sees frontman Robb Flynn and bassist Jared MacEachern performing alongside new recruits, Polish guitarist Wacław "Vogg" Kiełtyka (DECAPITATED) and British drummer Matt Alston (DEVILMENT, EASTERN FRONT); while part two features "Burn My Eyes" played in its entirety for the first time ever, with original drummer Chris Kontos and guitarist Logan Mader joining in.

Flynn told France's HEAVY1 about Kiełtyka and Alston's addition to MACHINE HEAD: "We were doing auditions for a while, and Vogg's audition just fucking blew my mind — it was so fucking tight and fucking accurate. He sent over [a recording of] 'Imperium' as his first song just as a test. We always had all the dudes do a sound test, just to make sure the levels are good and stuff. I was, like, 'Oh my God! This dude is playing 'Imperium' better than I can right now.' [Laughs] It was crazy. And we ended up talking. Super-nice guy. Matt, same thing. We flew him out, jammed with him, and he killed it."

Demmel and McClain exited MACHINE HEAD in the fall of 2018. 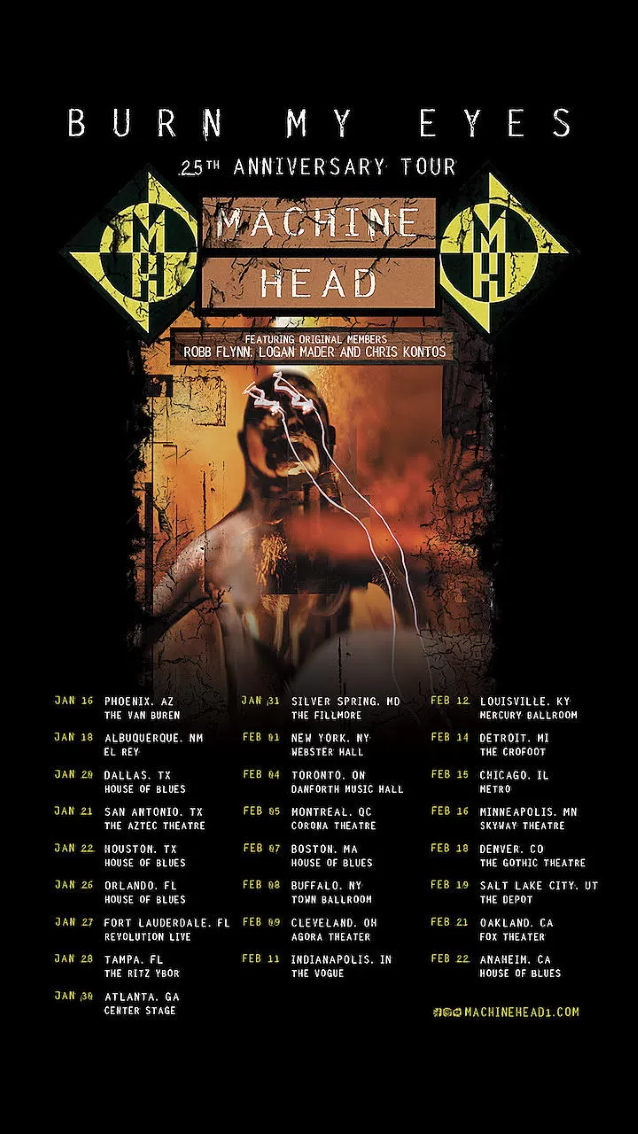