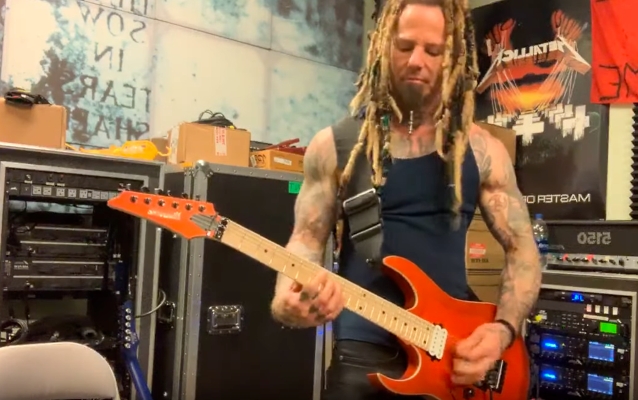 A new 36-minute video of MACHINE HEAD frontman Robb Flynn and bassist Jared MacEachern, along with "Burn My Eyes"-era MH members Chris Kontos (drums) and Logan Mader (guitar), hanging out in their rehearsal room and preparing for their upcoming tour can be seen below.

MACHINE HEAD announced in March that it will celebrate the 25th anniversary of "Burn My Eyes" with a special run of shows. The dates will see Kontos and Mader join the band onstage again to play "Burn My Eyes" in full.