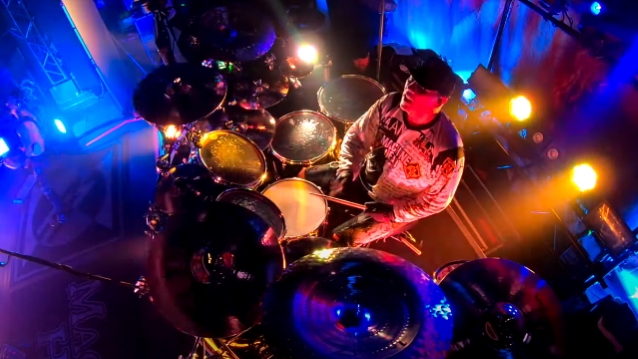 Drum-cam video of MACHINE HEAD drummer Chris Kontos performing the song "None But My Own" with his bandmates on February 5 at Théâtre Corona in Montreal, Quebec, Canada can be seen below.