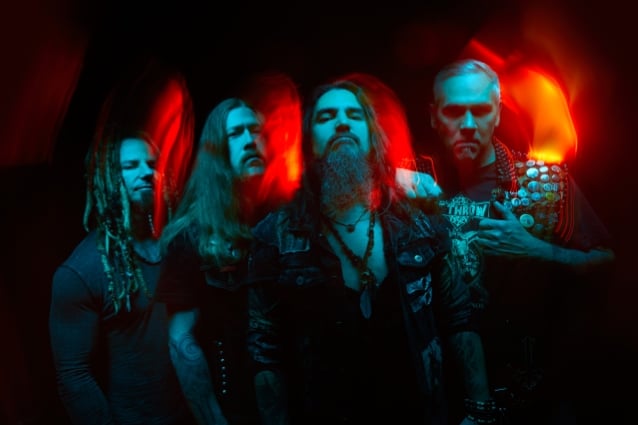 MACHINE HEAD has announced the North American leg of its 25th-anniversary tour for the band's classic debut, "Burn My Eyes".

Flynn comments: "North American Head Cases, you have been patiently waiting for what seems like for-goddamned-EVER. Thank you for your patience, but we are now ready to CRUSH YOUR FUCKING SKULLS!! So ready to get back on the road in the U.S. Biggest production we have ever had, most insane lineup we have ever had, we have leveled the fuck up for this run! Ready to bring you three hours of blood, sweat, tears, pain, rage, and life-affirming metal. Let's fucking do this!!"

MacEachern is equally looking forward to the run, saying: "North America! I promised you tour dates… well, your time has come!! Don't you dare miss this special moment in musical history, as we pay 25 years of tribute to 'Burn My Eyes'! The band is sounding tight as ever, and the spirits are high. Come relive your adolescent angst and rage with MACHINE HEAD!!"

Mader adds: "North America! We're just now finishing rehearsals with full production in Germany for the first leg and holy sh*t... the sound, the lights, the feel and fire are epic beyond anything I've ever been a part of!!! Can't wait to bring it to the USA and Canada aye! My brain is overloaded with excitement, emotion and adrenaline!!!"

Kontos echoes the sentiment, stating: "After 24 years have passed since I have done any touring in the U.S. with MACHINE HEAD, I'm so looking forward to bringing this incredible tour to the masses. I can honestly say I think the U.S. 'Head Cases' will be absolutely blown away by the 'Burn My Eyes' 25th-anniversary tour. I can't wait to destroy the states next year!!!!"

Kiełtyka shares his new bandmates' enthusiasm, saying: "It’s a huge privilege to be a part of this amazing tour. #BurnMyEyes25 tour reaches more and more places. After rehearsals and pre-production in Germany, I can confirm there's no way you can miss out on this tour!!"

And Alston says: "I'm so stoked to be part of the 'Burn My Eyes' 25th-anniversary tour. Being on stage with Robb, Jared and Vogg; performing songs I grew up listening to and in front of thousands of HeadCases is just amazing! AND then being able to have my face melted by the 'Burn My Eyes' show...it just doesn't get much better than that!! We really can't wait to be able to bring this tour to the MACHINE HEAD fans of North America! You'd be crazy to miss it, that's for sure!"

MACHINE HEAD kicked off the European leg of the "Burn My Eyes" 25th-anniversary tour Saturday night (October 5) in Freiburg, Germany. Fan-filmed video footage of the concert can be seen below. 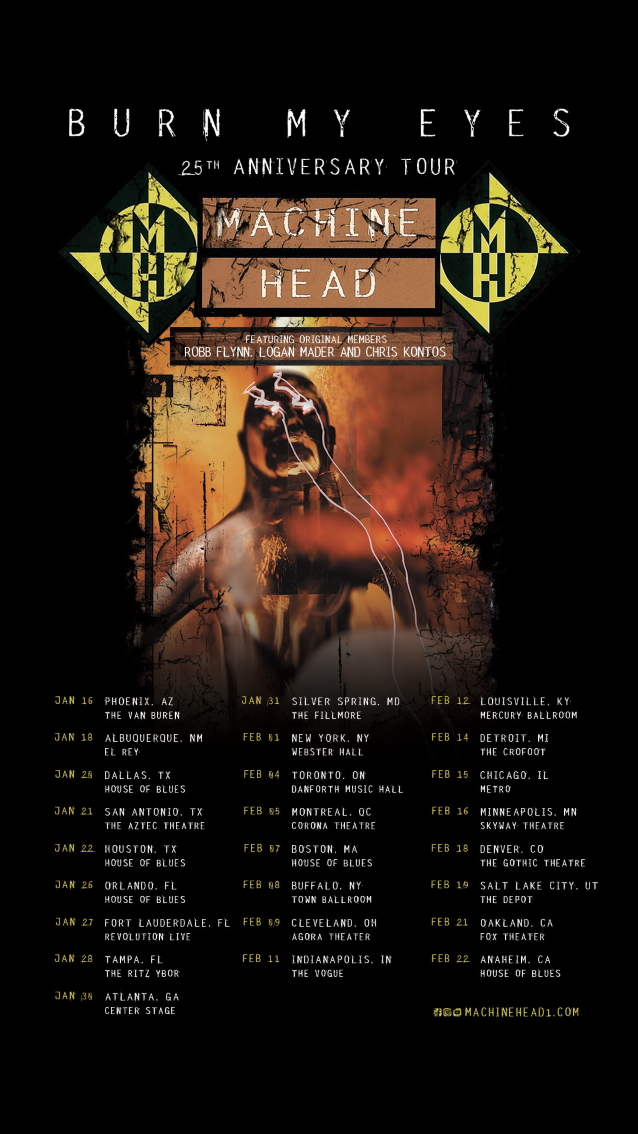