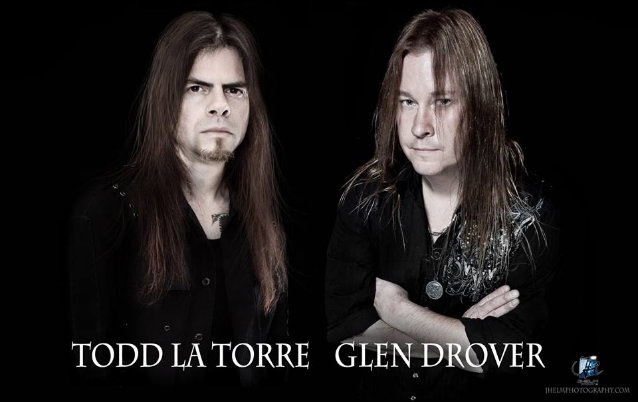 Said Drover: "We are both very happy and proud of how this song turned out, and believe me, I'm EXTREMELY picky of anything I do!"

La Torre recently stated about his vocal performance on "Discordia": "On the rare occasion I have read 'Todd sings like this, Todd sings like that...does he have his own voice?' My reply: Yes, yes I do...I am all of them. Example: If a person likes to dress in a suit one day, then jeans the next, then something entirely different the next, should one assume that person doesn't have their own look or identity? No, of course not. I have different styles, but that doesn't mean one has to be copying anyone else. Two people can resemble each other in many ways, [but] that doesn't mean they are related or that they tried to be like the other. Foolish to think such things. It's called eclectic, versatile, artistic, and not being boxed in. I write for the benefit of the music and what it calls for, and my approach is congruent to what the music tells me. Clean, raspy, lows, highs, growls, soft, loud... I do it all. I'm not a one-trick pony."

Drover was replaced in MEGADETH by Chris Broderick, who has previously played with NEVERMORE and JAG PANZER.

Todd La Torre quit CRIMSON GLORY in February 2013, explaining in a statement that "the main reason for my resignation from CRIMSON GLORY is primarily due to its inertia status."

La Torre, who joined QUEENSRŸCHE in June 2012 as the replacement for Geoff Tate, became an official member of CRIMSON GLORY in April 2010 and played a number of shows with the band during the ensuing three years.

La Torre's first studio album with QUEENSRŸCHE, last year's self-titled effort, sold around 13,500 copies in the United States in its first week of release to land at position No. 23 on The Billboard 200 chart. The record arrived in stores on June 25, 2013 via Century Media Records.