According to the group's official bio, LUNA MORTIS "combine elements from multiple genres of metal to create a sound that is truly their own. The current lineup formed in 2006 and their debut LP, 'Way of the Blade', released under the original band name THE OTTOMAN EMPIRE, has received critical acclaim in both domestic and international publications. In 2008, LUNA MORTIS released their EP 'The Answer: Does Not Exist' also under the previous band name, THE OTTOMAN EMPIRE. Since the release of 'Way of the Blade' and 'The Answer: Does Not Exist', LUNA MORTIS have become touring veterans of their native Midwest and are one of the most requested metal festival acts in the region. The band has also created a devoted international fan base via a strong online presence, with consistent overseas album sales. LUNA MORTIS are versatile, high-caliber performers, bringing to the stage the accuracy of their recordings along with high energy and intensity, making them a powerful act. Although the band decided to change their name from THE OTTOMAN EMPIRE to LUNA MORTIS in 2008, they still retain the same lineup and the same technical metal sound." 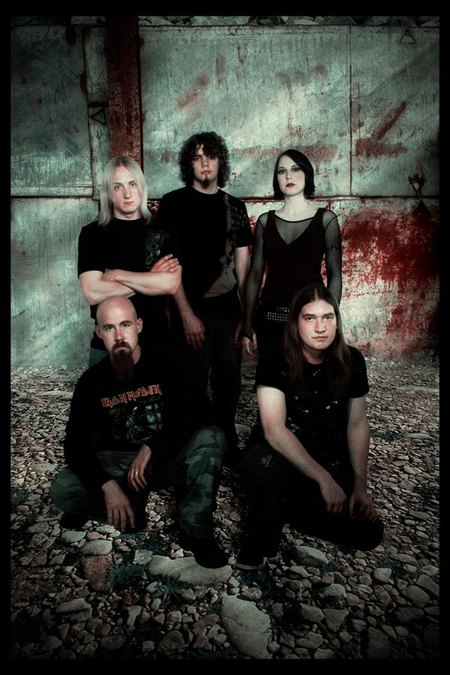 LUNA MORTIS' video for the song "Anemic World" can be viewed below (note: The clip was shot while the band was still called THE OTTOMAN EMPIRE).