Madison, Wisconsin-based, female-fronted five-piece LUNA MORTIS (formerly known as THE OTTOMAN EMPIRE) will return to Audiohammer Studios in Sanford, Florida on September 1 to finish recording its debut album for Century Media Records. Producer Jason Suecof (ALL THAT REMAINS, TRIVIUM) will be at the helm for the record.

LUNA MORTIS previously spent time at Audiohammer with Suecof in February of 2008 laying down tracks originally conceived for a demo. The tracks are unreleased with the exception of one song, "Ruin", which has been uploaded to the band's MySpace page and will become a part of their new album.

While at Audiohammer in February, the band documented their recording experience with a series of videos. The second of these videos can be viewed below.

Commented singer Mary Zimmer: "We're so excited to be returning to the studio to work with Jason. He's a phenomenal producer and we adore working with him. The songs we recorded in February that we originally wanted to release as a four-song demo, turned out better than anything we've done so far in our career. We've decided to put them on our debut record for Century Media and we're returning to Jason to finish the album starting September 1. For the demo we did in February, we did pre-production on the four songs with a wonderful producer named Don DeBiase who's worked with bands like FOREVER IN TERROR and BENEATH THE SKY. We aren't sure if we'll be able to coordinate schedules with him to do pre-production on the remainder of the album, because September is right around the corner, but we are 100% confirmed to start recording with Jason on the 1st. We can't wait to finish the album and bring some more metal to you all!" 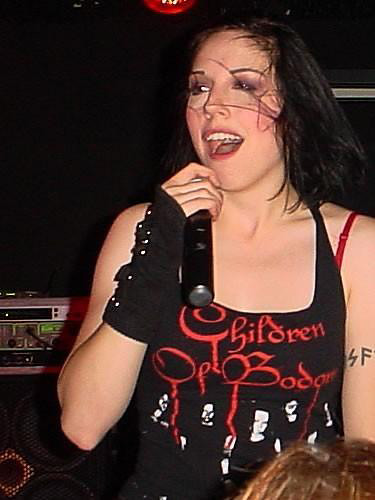