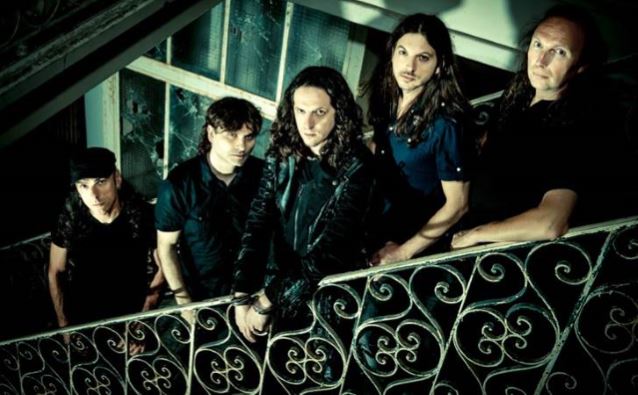 Italian "cinematic" metallers LUCA TURILLI'S RHAPSODY will release a new album, "Prometheus, Symphonia Ignis Divinus", on June 19 in Europe and June 30 in the U.S. via Nuclear Blast. The CD was composed and produced once again by Luca Turilli, responsible as always of all the orchestral and choral arrangements. It was recorded and mixed at the Backyard Studios of Sebastian Roeder (BONFIRE) and mastered by Christoph Stickel (MICHAEL SCHENKER'S TEMPLE OF ROCK) at MSM studios.

The first single, titled "Rosenkreuz (The Rose And The Cross)" is now available digitally, and a lyric video for the song can be seen below.

Luca Turilli commented the song and the lyrical background as follows: "While trying to understand more about the subject of metaphysics and spiritual evolution, my intention was to discover more about the primordial original spiritual source that, when manipulated more or less wisely later by man, gave birth to all the religions. Many people dedicated all their life and their studies to this subject, like, for example, Helena Blavatsky, who tried to condensate all in her theosophical perspective, or Rudolf Steiner, that tried to improve the society of his time with his anthroposophy. The truth is that, whoever tried to discover more about such spiritual source linked with the primordial photon energy and the immortal secret related with it, sooner or later had to face the myth of Christian Rosenkreuz.

"The RHAPSODY song 'Rosenkreuz (The Rose And The Cross)' tells about the legendary origin of the Rosicrucian Order and tells about the 12 wise men, keepers of the spiritual wisdom of the Ancients and of the highest intellectual knowledge of their time that, willing to react against the corrupted and amoral society of their time, found in the '13th one' the personified synthesis of such immortal secret reflected in the absolute and purest essence of light and love.."

Containing 70 minutes of epic music, sounding cinematic, bombastic and dramatic as never before, the new RHAPSODY masterwork will lead the listener to an emotional and memorable journey between quantum gates, parallel dimensions, myths and legends hiding cosmic truths, ancestral secrets and spiritual revelations.

And this time it was not enough for the band to simply sound cinematic — RHAPSODY needed to finally "look" cinematic as well. Therefore, the new cover artwork and the album booklet, introducing the new cinematic graphic style of the band, were created by the well-known artist Stefan "Heile" Heilemann (EPICA, LINDEMANN).

The digipak version of the album will include a cinematic version of the RIOT classic "Thundersteel", performed by RHAPSODY singer Alessandro Conti as a duet with Ralf Scheepers. 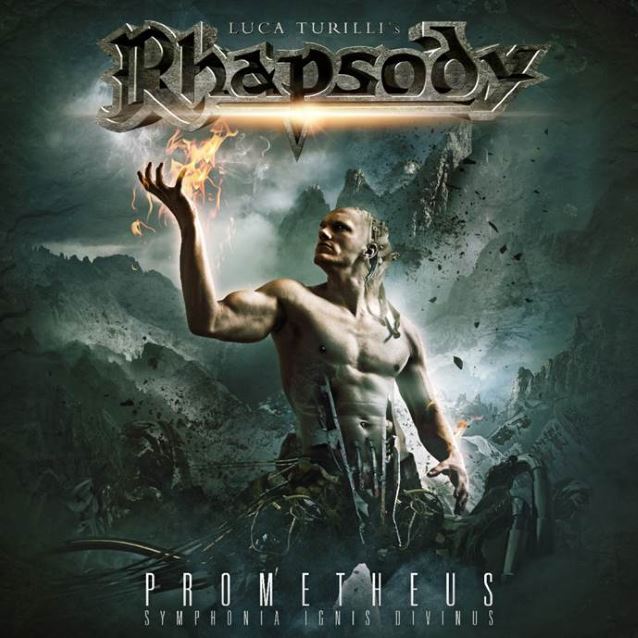 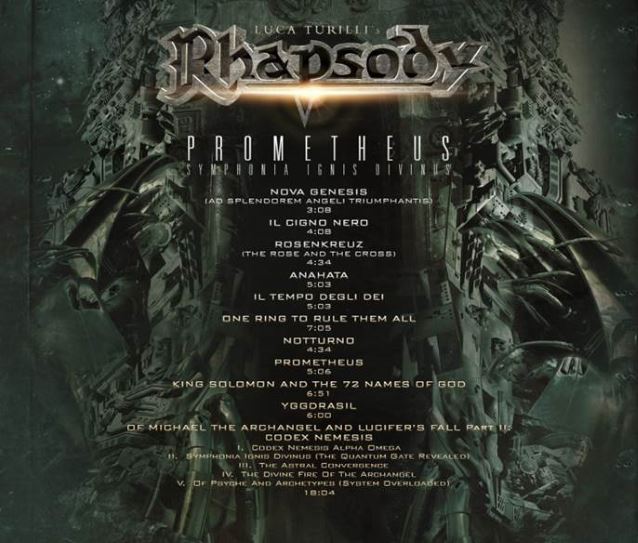