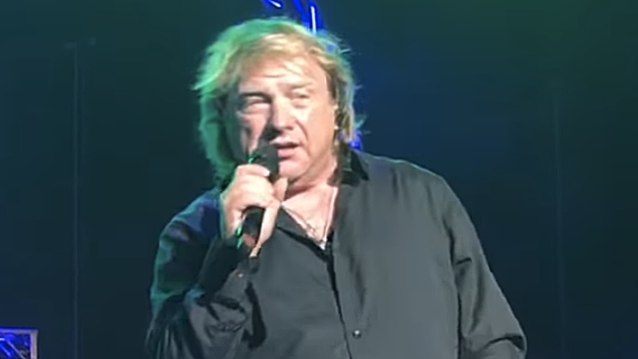 During a November 6 appearance on KTLA, former FOREIGNER singer Lou Gramm spoke about his participation in the band's "Double Vision: Then And Now" concerts, which kicked off this past Friday (November 9) at Los Angeles's Microsoft Theater.

Speaking about what it's been like to perform with FOREIGNER's current incarnation, Gramm said: "That is today's FOREIGNER, and they're a great bunch of guys, great musicians. So it's been a ton of fun having the original band do some songs, the current FOREIGNER do some songs, and then we do some things together. It's unbelievable."

Asked how he feels about the fact that FOREIGNER's present-day lineup is carrying on without his involvement, Gramm said: "I could be critical of it if I wanted to be. But I take it in the spirit that it's meant to be, and it's the continued legacy of the band. And for them to be doing that — and they're touring like crazy — and the original band to come up and do half a dozen numbers to show the audience where it all came from, it's a very unique idea and it goes down like a storm."