LIZZY BORDEN's "Appointment With Death" lineup — Ira Black, Joey Scott, Marten Andersson and Lizzy Borden — will reunite for a one-night-only performance on Friday, January 24 at the Epiphone party at NAMM at Tiki Bar in Costa Mesa, California. You do not need to be a part of NAMM (National Association Of Music Merchants) show at the Anaheim Convention Center in Anaheim, California to get tickets for this concert.

Said LIZZY BORDEN frontman and namesake: "We are extremely proud and happy for Dario Lorina on being selected as Zakk Wylde's BLACK LABEL SOCIETY's new guitarist.

LIZZY BORDEN celebrated its 30th anniversary by embarking on the "30 Years Of American Metal" tour. The trek included "a brand new show, created from the ground up just for this monumental occasion. The new show encompassed songs from each and every LIZZY BORDEN record to date, including classic songs like "Me Against The World", "American Metal", "Master Of Disguise", plus songs the band has never performed live." 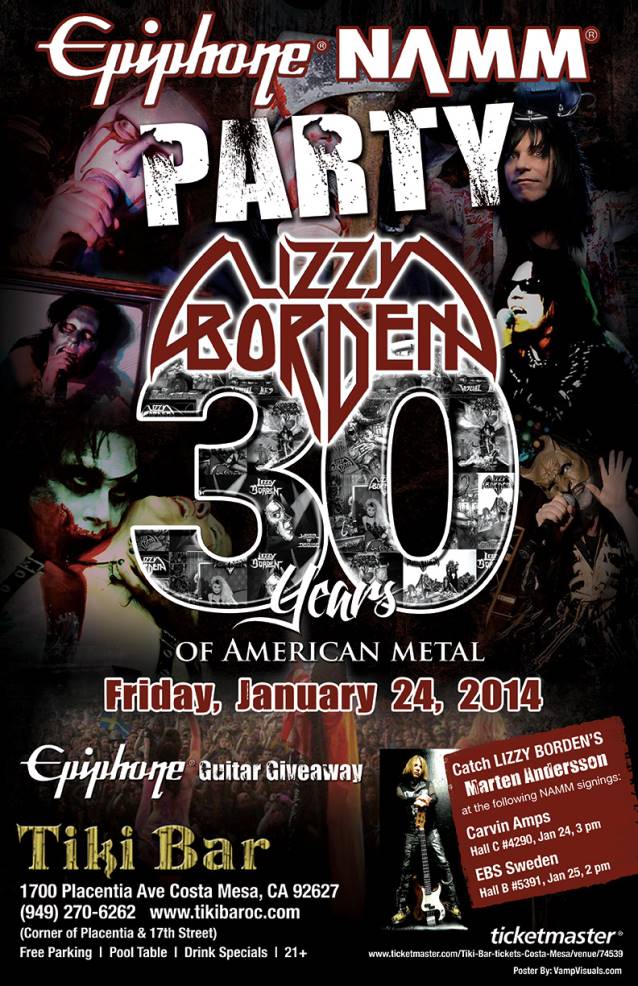