Lizzy Borden has spent over three decades creating some of the most theatrical metal in existence, releasing classics such as "Love You To Pieces" (1985) and "Master Of Disguise" (1989), while obliterating audiences worldwide with a stage show that rivals that of Marilyn Manson and Alice Cooper. For his efforts, he has become nothing short of a metal icon. Now, to take the next step in furthering his career, Lizzy Borden has signed a worldwide solo artist deal with Metal Blade Records — the label that helped to launch him to commercial success over 30 years ago. Ready to once again captivate both veteran and adolescent metal fans alike, Lizzy Borden plans to release a new album in 2016 and tour the world in support of it, with a reinvigorated band backing him up.

Lizzy Borden comments: "I am extremely happy to re-sign with the same label we started with all those years ago . I'm excited to be working with Brian Slagel and all the Metal Blade family again. It's been my home for all six of our (full-length) studio albums — with the new record being the seventh, and the start of a new series of albums to come.

"My focus for the last several years has been performing live and exposing my brand of American metal to countries all over the world. Now I feel is the right time to step back and push the re-start button. Time to get back to the art of creating new music.

"Touring around the world and having new fans discover Lizzy Borden for the first time has been rejuvenating, and so a new album seems like the perfect way to bridge the past with the future.

"I will take this part of my journey and these next series of albums as a solo artist, as I have for some of the past Lizzy Borden records and tours.

"I look forward to working with many different established musicians and friends, as well as some undiscovered talent like we have been lucky enough to unearth in the past.

"To all of our fans that have followed Lizzy Borden from the beginning and all the new younger fans who have just discovered us, I hope you will come along with me for this next chapter. I am inspired, excited and ready to begin again."

Lizzy Borden has spent the past few years working on material for the follow-up to 2007's "Appointment With Death" album. 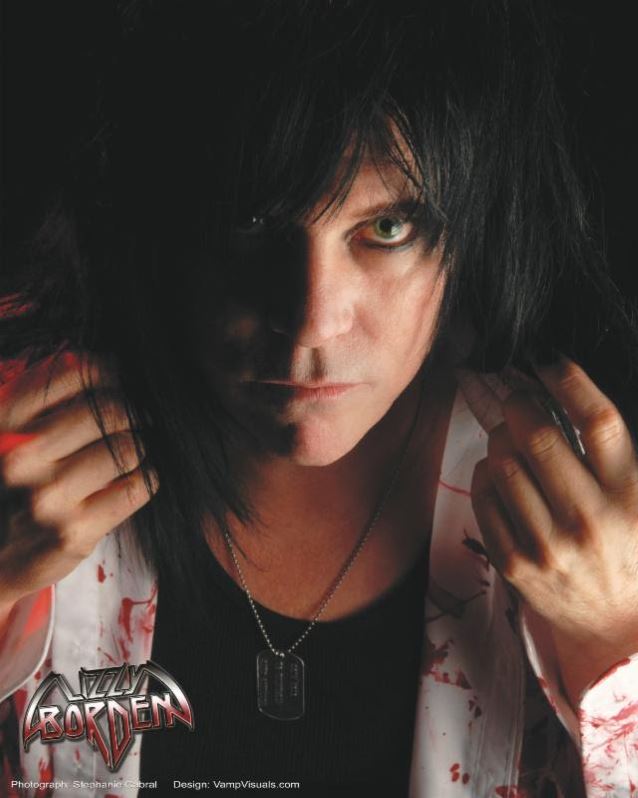