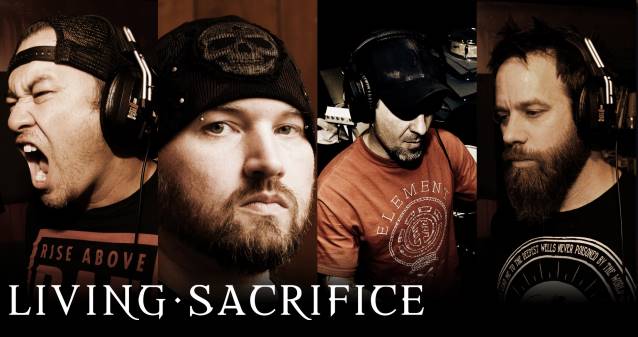 Christian metal veterans LIVING SACRIFICE will release their eighth studio album, "Ghost Thief", on November 12 via Solid State Records. The CD marks the Little Rock, Arkansas band's first release since returning from a multi-year hiatus with 2010's "The Infinite Order", an album that led Alternative Press to declare the band "back at full strength." Pop Matters called the band "masters of their craft," adding that "'The Infinite Order' is proof of why LIVING SACRIFICE is one of the most influential Christian metal bands of all time."

Running the extremes from blisteringly fast to mid-tempo thrash with groove to spare, "Ghost Thief" is a clinic on how a band with a 20-plus-year career can continue to make relevant metal. While the music stretches out sonically, the songs are held together thematically through one dark motif: the fleeting quickness of this life and the idea of an afterlife.

"'Ghost Thief' is a reference to the personification of Death," guitarist/vocalist Bruce Fitzhugh explains. "Depending on the circumstance, death can be greeted as an enemy or a friend. We have a few songs that deal with the suddenness and finality of death. 'Ghost Thief' and 'Sudden' both are inspired by people who died suddenly and unexpectedly. Friends of ours or family members that we were close to."

Produced by DEMON HUNTER's Jeremiah Scott, "Ghost Thief" marks the eighth studio album LIVING SACRIFICE has issued since 1989, when a teenage Fitzhugh and Lance Garvin (drums) first united with friend DJ Johnson and later Jason Truby, determined to create a metal band as musically uncompromising as the secular groups of the day with a positive lyrical message. Practically unheard of at the time and to many quite controversial, the result blew open doors and crossed preconceived boundaries with a mix of thrash and death metal across their first three albums.

The band went through natural shifts over the ensuing years, with some members going on to join bands like P.O.D. and EVANESCENCE. Through the years, however, the constants of Fitzhugh and Garvin, and then mainstays Rocky Gray (guitar) and Arthur Green (bass) since 1998, steered the ship, and LIVING SACRIFICE achieved its goal of helping Christian metal transcend its own boundaries to become something respected and admired throughout the metal realm — a fact evident today in the countless bands LIVING SACRIFICE has influenced.

The song "Screwtape" can be streamed using the SoundCloud widget below. 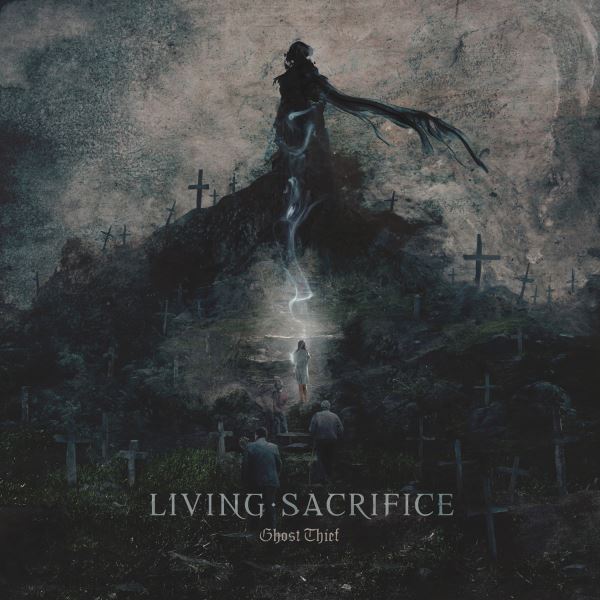