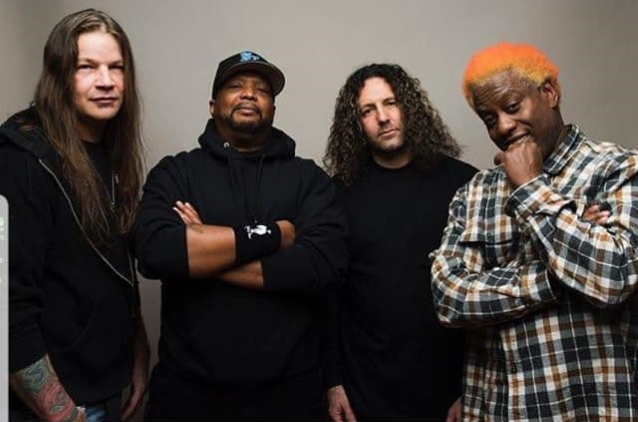 The official music video for DISCIPLES OF VERITY's new single, "Lying To Myself", can be seen below. The song features Phil Demmel (MACHINE HEAD, VIO-LENCE) on guitar and is the second track from the band's upcoming full-length album, "Pragmatic Sanction", due later in the year via The Label Group / Ingrooves.

"Pragmatic Sanction" was produced by Pond with the assistance of Charlie Berezansky (VEXAS) at Riva Sound Studios in Barnegat, New Jersey,

Glover told PureGrainAudio about the disc: "This is the hardest, most metal record I've ever done. It's something I've wanted to do for a long time. I've made some hard records that never saw the light of day, but this one is hard as hell."