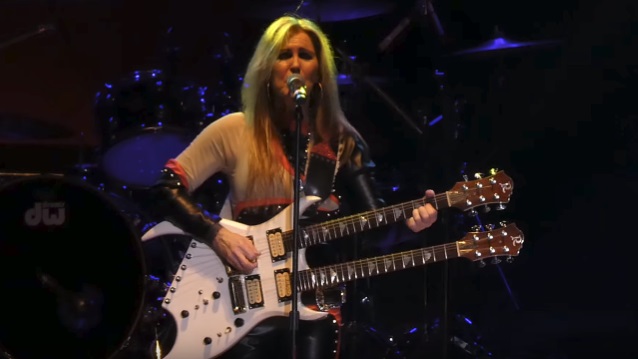 '80s hard rock queen Lita Ford was recently interviewed by Cody of Penn's Peak Radio. You can now listen to the chat below.

Lita told Digital Journal in a recent interview that she is planning to release a standalone song this summer. "We have a single that is a surprise for the fans, which is really cool," she revealed. "It will be out on 4th of July and it is bad to the bone, and I am really proud of it. It's a cover tune. It is going to hit home with a lot of people."