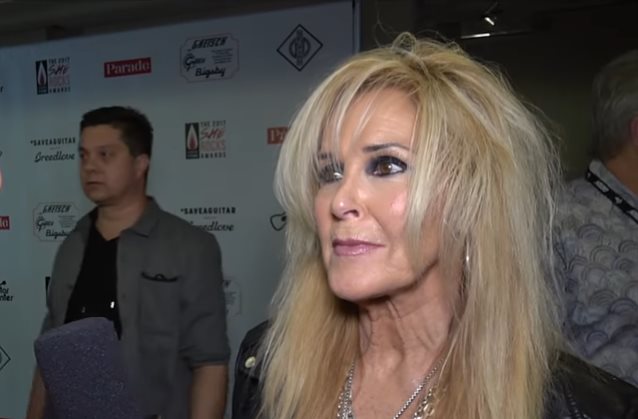 '80s hard rock queen Lita Ford has confirmed that she is about to begin work on a new studio album, to be released later in the year. Helming the project once again is guitarist/producer Gary Hoey, who previously worked with Lita on 2012's "Living Like A Runaway" disc.

Asked by VintageRock.com at this past weekend's NAMM show in Anaheim, California how her new music is shaping up, Lita said: "It's dark, it's riffy — lots of guitar. I'm gonna really let the guitar flow on this one. So that's exciting."

Lita added that she will "take a break" from touring "for a little" while she completes the next record. But she promised that she will be back on the road soon after having "a huge, huge" 2016, which saw her and her solo band play "a hundred shows," including two months' worth of dates with HALESTORM.