Just in time for the holiday season and, most importantly, Christmas carolling season, L.A. GUNS have released a brand new digital EP, "Another Xmas In Hell". Featuring covers of holiday classics by THE DAMNED, RAMONES, SLADE and Billy Squier, these tracks will surely liven up your holiday festivities and provide a suitable soundtrack to guzzling down your spiked eggnog.

"Another Xmas In Hell" features a special guest appearance from the one and only William Shatner.

L.A. GUNS, between tour dates, are currently working on writing songs for a new studio album, tentatively due for release in late 2020 via Frontiers Music Srl. This will be the third studio album since the much welcome reunion of the band's core foundation of vocalist Phil Lewis and guitarist Tracii Guns. It will follow the well-received albums "The Missing Peace" and "The Devil You Know", plus the live release "Made In Milan".

Phil and Tracii became estranged after Guns left L.A. GUNS in 2002 to focus on BRIDES OF DESTRUCTION, thereby leaving Lewis to carry on with the name. Four years later, Guns re-teamed with former L.A. GUNS bandmates Paul Black and Nickey Alexander, first as THE TRACII GUNS BAND, then as L.A. GUNS, the name change influenced by the fact Guns and former drummer Steve Riley jointly own the L.A. GUNS moniker. For the next six years, the two versions of L.A. GUNS would compete for fans' attention while Guns and Lewis traded perfunctory barbs through the press, a period Lewis now calls "embarrassing" and "the lowest point of L.A. GUNS' history."

Guns and Lewis would reunite in 2014 at a benefit show in Las Vegas. Two years later, they announced plans to reactivate their version of L.A. GUNS, but without longtime drummer Riley, who, even with the lineup confusion, remained the longest-tenured member of the band. In another twist to the story, Riley's own version of L.A. GUNS performed at this year's M3 Rock Festival in Columbia, Maryland and is preparing to record a studio album. 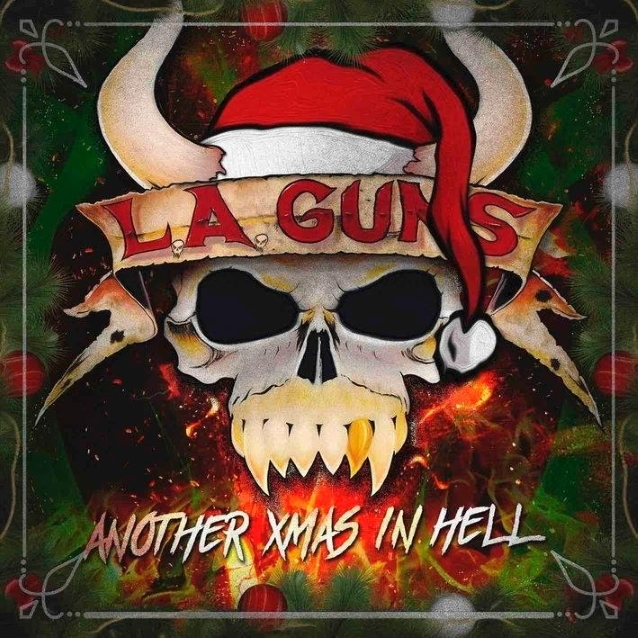