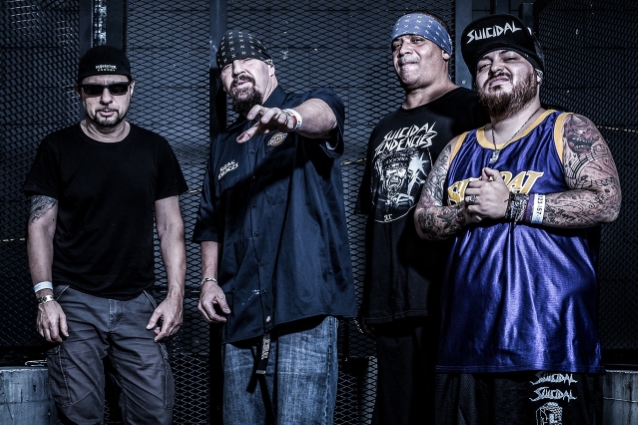 "It's Always Something", a song from SUICIDAL TENDENCIES' forthcoming album, "STill Cyco Punk After All These Years", can be streamed below. The footage in the clip is of artwork being created at the Nuthouse STudio over three days by Alan Pirie a.k.a. Samurai Guinea Pig.

In the early '80s when the legendary SUICIDAL TENDENCIES formed, punk rock was not very welcoming to "new ideas" — especially from a new crew that were obviously not worried about fitting in. But SUICIDAL TENDENCIES weren't there to be "accepted," and not only played their own "STyle of Cyco Punk," but reinvented the DIY attitude to a level never seen before with their distinctive look and sound. For 35 years, SUICIDAL TENDENCIES haven't worried about what other bands or people were or weren't doing. They didn't ask for permission, nor did they care who it offended. They did what they wanted, but most importantly for the right reason, because it's what they felt, not because they wanted to be liked.

SUICIDAL TENDENCIES revisit their Cyco Punk aggressions with "STill Cyco Punk After All These Years", out September 7. In the spirit of doing things their own way, the album release will also introduce an official Converse x SUICIDAL TENDENCIES collection. More details on the collection will be revealed soon.

"STill Cyco Punk After All These Years" is a re-recording and re-imagining of a Cyco Miko (Mike Muir) solo album recorded in 1995, "Lost My Brain! (Once Again)". The album is an auditory time capsule — a full-on Cyco Punk record taken to a whole new level — featuring legendary drummer Dave Lombardo brutally beating the songs and sound that is made to get your slam on!

"STill Cyco Punk After All These Years" will be available in digital, CD, opaque green vinyl (with download card) and opaque gold vinyl (with download card, patch and poster) formats. All merch and physical formats can be pre-ordered via the official webstore, and digital formats can be pre-ordered via iTunes and Amazon. You can also pre-save the album via Spotify, Apple Music and Deezer.

Mike Muir says: "Over 20 years ago, I recorded my first 'solo' CD for release (technically the second, the first being the 'Solocide' sessions which probably will never be released as it was intended). The Cyco Miko 'Lost my Brain! (Once Again)' album was released in 1995 and even featured guitarist Steve Jones from the SEX PISTOLS on seven songs.

Although [during] the 13 years I was in SUICIDAL at that point, I did things I never dreamed I'd have the chance to, or could happen, there were still way too many times that were extremely difficult to handle. Basically, 'love music, don't like the other stuff.' Anyhow, remembering that original love for music made me want to do a punk-STyle record and at the time I didn't feel it was, could or should be an ST album."

Muir explains that now with Dave Lombardo behind the kit leading the charge, he felt not only could he do this original Cyco Miko album its due justice, he could do it as a SUICIDAL TENDENCIES album. He adds: "Not retro, but taking it 25 years forward and making it a modern Cyco Punk record. Extremely dangerous after so many years, but damn, I love these songs and I feel them so much. Perhaps surprisingly more now than when I was 30! The music hits me hard, and the lyrics hit me harder.

"Life takes you places sometimes you don't want to be. I know that more than I would like to admit... but it led me here, right now and I'm so proud to be here! And the irony is a 'non-SUICIDAL' album has just made me more SUICIDAL than ever!"

"STill Cyco Punk After All These Years" track listing:

SUICIDAL TENDENCIES will perform at shows and festivals in several countries and cities in August, September and October. 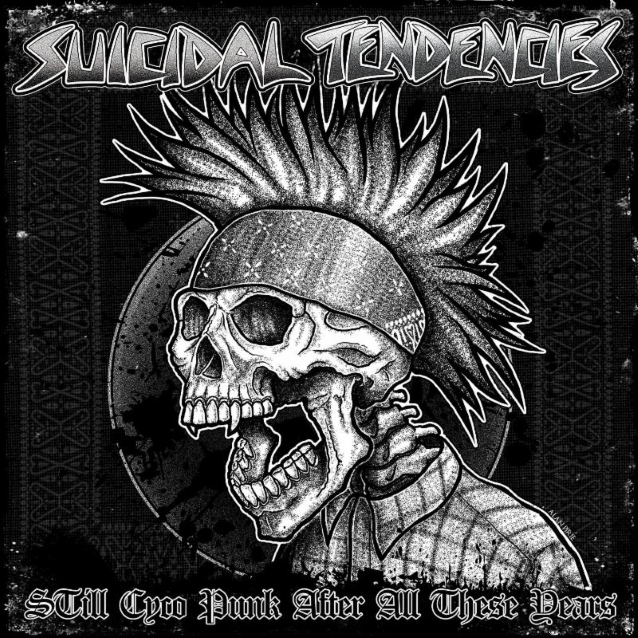