About the song, KILLSWITCH ENGAGE singer Jesse Leach said: "'Define Love' was written as my critique on our attempts as humans to limit love or restrict love. Whether it be political or religious agendas, love seems to be used as a way to manipulate people to think or act a certain way. Love is deeper than simple emotion or desire. It is an unexplainable spirit that defies our attempts to harness and understand it. True love, in my mind, is far greater than our feeble comprehension of it. We need not try to set any limitations on what defines love."

To celebrate Record Store Day, KILLSWITCH ENGAGE will take part in a signing session at Newbury Comics in Leominster, Massachusetts at 2 p.m. ET on April 16. The signing takes place before the band's headlining set at the New England Metal & Hardcore Festival tonight.

KILLSWITCH ENGAGE is currently on a headline tour with MEMPHIS MAY FIRE, 36 CRAZYFISTS and TOOTHGRINDER through the end of the month.

"Incarnate" debuted at No. 6 on The Billboard 200, having shifted 35,000 equivalent album units in the week ending March 17. 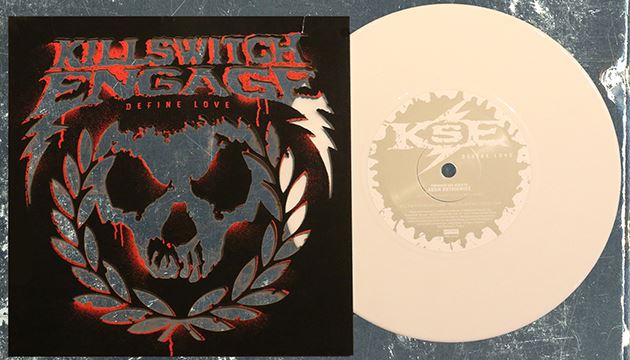