British extreme metal pioneers CARCASS have released a new digital single, "Under The Scalpel Blade", The track, which was previously made available to deluxe Decibel magazine subscribers, can now be streamed below.

"Under The Scalpel Blade" is taken from CARCASS's upcoming seventh studio album, which is due out in 2020 on Nuclear Blast. The disc will be the follow-up to CARCASS's acclaimed comeback album, "Surgical Steel", which arrived in 2013.

Says CARCASS frontman Jeff Walker: "It's always difficult trying to decide what new song to expose people to, especially given an absence of nearly seven years. With that in mind, here's a slow throwaway number we cobbled together. And NO, the title was NOT plagiarized from the DISORDER album of the same title, before you ask!"

CARCASS will perform "Under The Scalpel Blade" live when it headlines the closing night of this year's Decibel Magazine Metal & Beer Fest: Los Angeles at the Observatory. Tickets for the fest on December 13-14 — also featuring performances from POSSESSED, NAILS, VIO-LENCE, GATECREEPER, SCHAMMASCH, EVOKEN, INTRONAUT, XIBALBA, SPIRIT ADRIFT and more — are still available.

CARCASS guitarist Bill Steer told the WSOU radio station back in April 2018 that he and his bandmates demoed "close to 50 minutes' worth" of new music in late 2017. He added: "We're not gonna stop; we're gonna keep on writing so that we've got quite a lot of material and we can pick the best stuff for the album."

Steer also talked about the departure of second guitarist Ben Ash and addition of Tom Draper (POUNDER, ex-ANGEL WITCH, PRIMITAI). He said: "Well, I guess going back to what I was saying about five years of touring off one album, I think it's taken a toll on every one of us in one way or another. Ben was brought into the band as a live guitar player. We'd finished the album, we were booking shows and we needed to get out there with a second guitar player. This feels like an eternity ago, but we did have a Swedish friend of Jeff's [Walker, bass/vocals] who was in the frame, and then very near… it was quite near the knuckle for us, he kind of pulled out and said, 'Look, I can't do this for various reasons.' So then this frantic search began, and Ben came into the picture. And then we were off. And a lot of touring and a lot of travel [followed]. But, yeah, I gather he's quite keen to get back to some of the stuff he was doing beforehand, which is a lot of teaching, pretty much. And [Tom], our [new] second guitarist, he's a guy I've known for years. He would have been in the frame immediately [after 'Surgical Steel' was recorded], but as time would have it, it didn't work out, 'cause he'd moved with his wife to the U.S.A. It's early days, but [Tom's] been fantastic. He's taking it very seriously. He's been so methodical with how he's learned everything, and he's very self-critical. So, yeah, he's a cool guy to have around."

Draper, who is from the United Kingdom but currently resides in California, made his live debut with CARCASS in March 2018 at the Netherlands Deathfest at 013 in Tilburg. 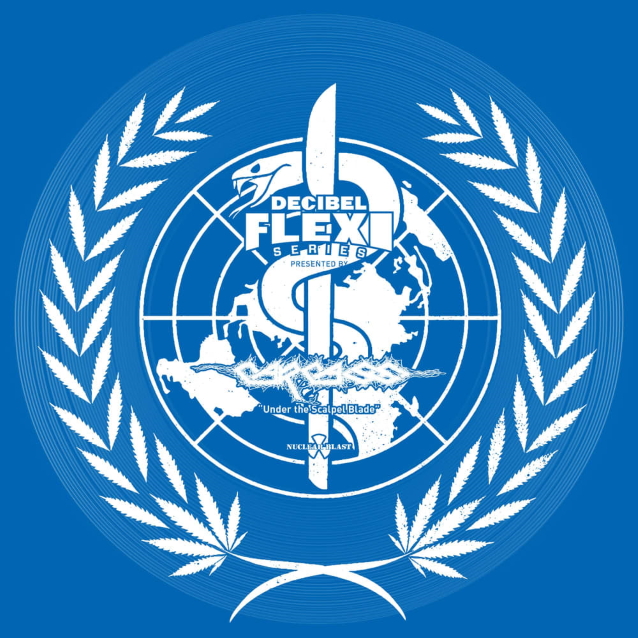