A PERFECT CIRCLE has released a new song, "So Long, And Thanks For All The Fish". The track is taken from the band's fourth album, "Eat The Elephant", which will be released on April 20 via BMG. The disc arrives following years of anticipation and speculation, which reached a fever pitch as the outfit helmed by Maynard James Keenan and Billy Howerdel launched their fall 2017 tour with the release of "The Doomed". The band then ushered in the new year with the debut of "Disillusioned".

"We all cope with the absurd in our own manner," said Maynard James Keenan in reference to the new track. "The Italian side of me produces and shares wine with friends in order to feel grounded and connected in the midst of all the madness. But once the wine is gone, the drunk and sarcastic Irish side of me goes straight for the unreasonable jugular. #comedyfirstandalways"

A PERFECT CIRCLE made its Coachella debut last night, playing several new songs, including the aforementioned "So Long, And Thanks For All The Fish", "Eat The Elephant" and "TalkTalk". In contrast to the festival set, the band plays an intimate outing at Santa Barbara's Arlington Theatre tomorrow night before returning to the desert for a second performance.

Pre-orders for the 12-song album, which was co-produced by Dave Sardy (AUTOLUX, SLAYER), are available now and come with instant digital downloads of "TalkTalk", "Disillusioned" and "The Doomed". "Eat The Elephant" is being released in multiple formats, including digital, CD, double gatefold 180-gram vinyl and a box set with vinyl, CD and hi-res digital download as well as a prism and custom playing card deck. In advance of Record Store Day, a limited-edition independent retail exclusive version of the LP on white 180-gram vinyl with alternate cover will also be available.

Although he won't be touring with the band, guitarist James Iha was still part of the recording sessions for the new A PERFECT CIRCLE album, "Eat The Elephant". According to The Pulse Of Radio, an article in the latest issue of Guitar World chronicles the making of the long-awaited LP, mentioning that Iha, bassist Matt McJunkins and drummer Jeff Friedl all assisted in the making of the record after being part of the lineup for years.

Iha, however, has had to drop out of touring with the band due to the recently announced SMASHING PUMPKINS reunion trek. Iha will be unable to join A PERFECT CIRCLE on the road until June, with FAILURE guitarist Greg Edwards tapped to temp in his place.

The last APC studio effort, a covers collection titled "eMOTive", came out in 2004. 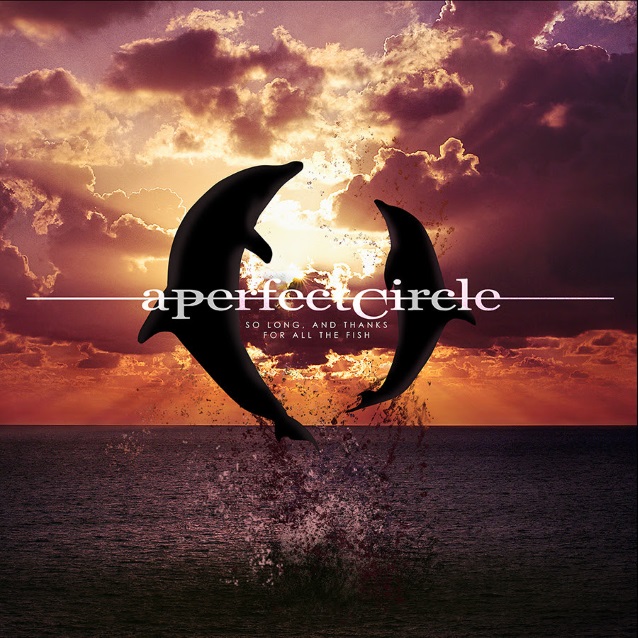