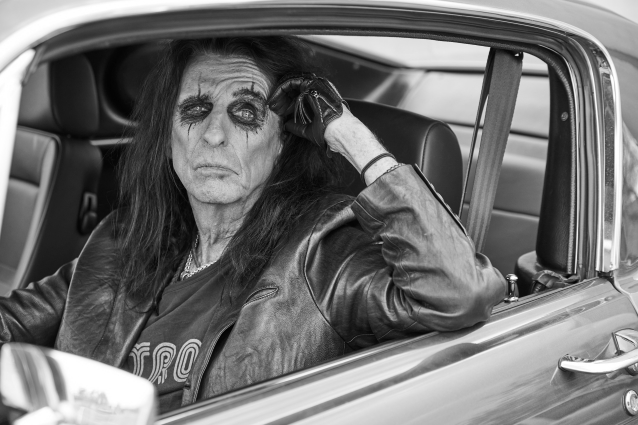 "Rock & Roll", a classic song by THE VELVET UNDERGROUND from the album "Loaded", is not a casual choice: It's a song of joy and celebration of that magical moment when we all first turned on rock and roll radio …and it saved our lives.

Here are some interesting Detroit Stories for the fans of rock and roll trivia and for those who believe that nothing happens by chance (especially in Detroit).

It was when he heard that version that Lou Reed decided to work with Ezrin on the follow-up to his monster hit album "Transformer". Their collaboration produced the seminal and fascinating classic album "Berlin".

But wait, there is more!

Steve Hunter, the amazing guitar player who created the iconic main riff that drives DETROIT's cover of the song in 1971, ended up working with Ezrin on many of his productions. He toured and recorded with Alice and with Lou Reed as well…and that same riff is the backbone of this new recording of the song which was done in… Detroit, of course.

Alice Cooper and Lou Reed shared a relationship of mutual respect and friendship over the years. Bob and Lou collaborated several other times and were dear friends for 40 years. Alice and Bob can't remember how many albums this is and have been creative partners for 50 years.

"Detroit Stories" follows last year's "Breadcrumbs" EP as a modern-day homage to the toughest and craziest rock and roll scene there ever was.