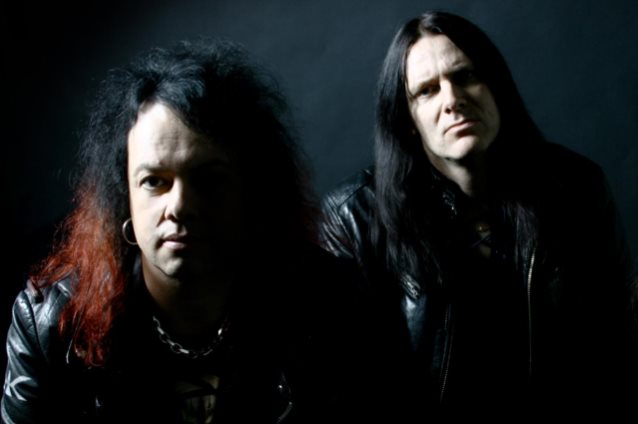 Swedish heavy metal band LION'S SHARE has been rejoined by co-founder and original keyboardist Kay Backlund for its latest single, "The Lion's Trial". The track is the follow-up to "Another Desire", which was released in June and marked the group's first new music since 2009's "Dark Hours" album.

"I've been working with Kay on a couple of albums I've produced the last couple of years, so when we needed keyboards on 'The Lion's Trial', he was the natural choice," LION'S SHARE guitarist Lars Chriss says. "I'm sure it's pretty cool for our fans as well that we have three-fifths of the debut album lineup together again on this track."

The official lyric video for "The Lion's Trial" can be seen below.

More than twenty new LION'S SHARE songs have been written and about half of them have been partially recorded, with original member Andy Loos handling the bass duties on the first batch of tracks. The plan is to release a couple of lyric videos — one at a time — a few months apart, and to take it from there, depending on the response from fans.

LION'S SHARE lead singer Nils Patrik Johansson says: "Lars and I agree that at this point it feels the most natural to keep LION'S SHARE as a duo, with friends helping out wherever needed."