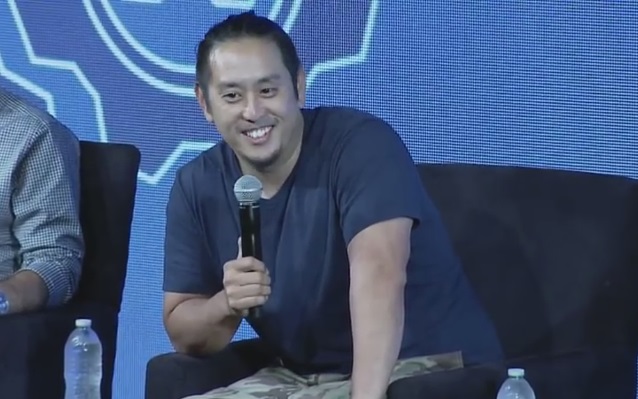 Watch Nerd HQ's panel with Hahn and the cast of "Mall" below.

"Mall" boasts a cast starring Vincent D'Onofrio (who pulls triple duty as star, producer and screenwriter), Gina Gershon ("Killer Joe"), and Peter Stormare ("Fargo"), along with Monaghan and Frecheville. Seen through the eyes of Jeff (played by Monaghan), the film examines a group of disgruntled suburbanites who find themselves at a shopping mall in the midst of a seemingly random shooting, and whose lives are positively transformed as a result.

As a member of the multi-platinum Grammy-winning rock band, Hahn is responsible for the beats, programming and keyboard heard in LINKIN PARK. He has also directed as many as 30 of the band's ground-breaking music videos, and over a dozen short films and music videos for other musical acts. Now Hahn is making his full feature directorial debut with "Mall", featuring a script adapted from Eric Bogosian's 2001 novel of the same name by D'Onofrio, Joe Vinciguerra, and Sam Bisbee.