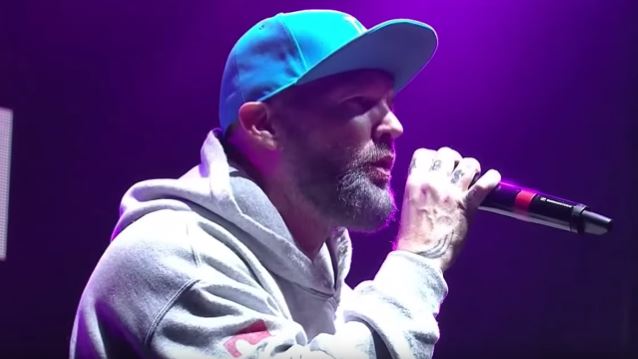 According to Billboard.com, LIMP BIZKIT frontman Fred Durst is planning to move to Crimea, Ukraine's region annexed by Russia, to produce film and TV content.

The news of Durst's plans comes less than a month after the prime minister of Crimea, Sergey Aksyonov, stated his desire to welcome Western celebrities to obtain residence in Crimea and create a "new Beverly Hills" on the peninsula. Aksyonov promised "assistance" to celebrities who wished to find suitable property.

Durst recently stated his intent in obtaining a Russian passport. He told Russia's state-run news agency Sputnik International: "I wouldn't mind getting a Russian passport. If you have communication with the relevant authorities, which could assist with obtaining it… share." He also reportedly sent a letter to Crimean authorities, in which he said that he was interested in spending half of the year in the region, producing films and TV series that would take Russia to a new level in the industry, also working for a "great future of Crimea and Russia."

Durst's wife, Kseniya Beryazina, is originally from Crimea and has been teaching him Russian.

The UK's Russian Embassy recently tweeted of the news: "@FredDurst of @LimpBizkit says he wants to live in Crimea – welcome!"

Durst responded to the Billboard.com story by tweeting: "@billboard there are great people everywhere. I have met many Russians, in Russia, that are excited to learn more about America."

Durst directed 2007's "The Education of Charlie Banks" film, starring Jesse Eisenberg, and 2008's "The Longshots", starring Ice Cube (40 percent fresh). He has also made a handful of acting appearances, including "Zoolander" and "House M.D."

@billboard there are great people everywhere. I have met many Russians, in Russia, that are excited to learn more about America.