The members of LIMP BIZKIT dressed up as the classic lineup of GUNS N' ROSES for their Halloween (October 31) headlining performance at Metro in Perth, Australia. Fan-filmed video footage of the concert can be seen below.

LIMP BIZKIT is putting the finishing touches on its new studio album, "Stampede Of The Disco Elephants", for a 2014 release.

Regarding the musical direction of LIMP BIZKIT's new CD, the band's guitarist, Wes Borland, told Billboard that the songs on "Stampede Of The Disco Elephants" have a "very live and sort of wild" feel. Moreover, fans shouldn't expect the same old LIMP BIZKIT on the album; instead, there will be quite a bit of experimentation on the effort. "I think it's a little bit more, sort of playful, taking chances, a little less pop, structured type of stuff," Borland said. "I don't want to say it [sounds] younger, but maybe a little more carefree, musically, to where we don't over-think what we're doing." 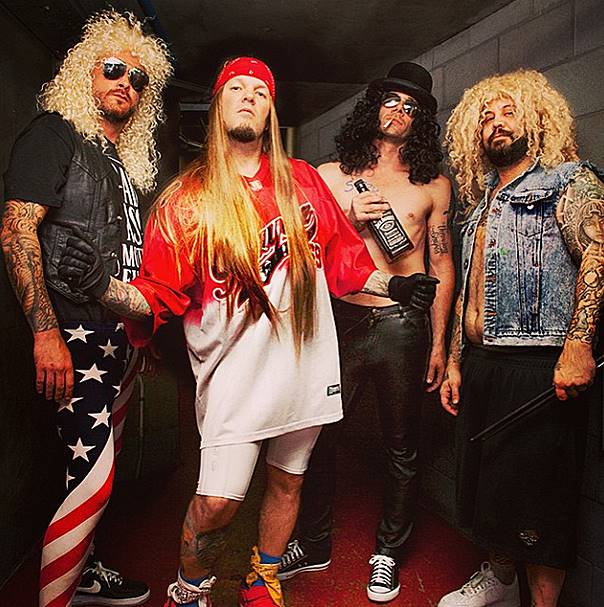