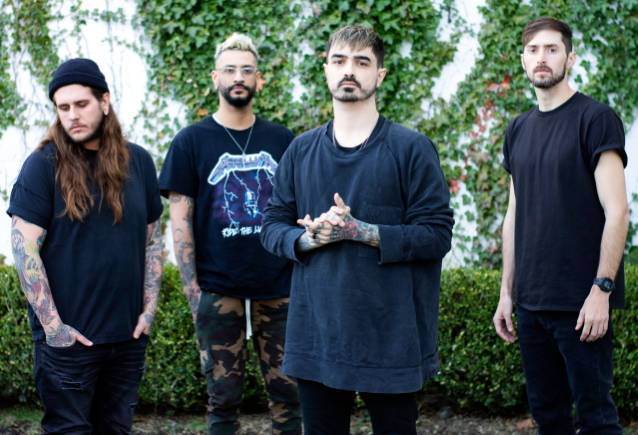 Metalcore giants LIKE MOTHS TO FLAMES have unleashed two brand new singles today: "Basilisk" and "Inherit The Tragedy". These tracks serve as a continuation of the Columbus quartet's 2020 release of "No Eternity In Gold".

"Both 'Basilisk' and 'Inherit The Tragedy' are songs that I was super torn on cutting from the record," shares frontman Chris Roetter. "'Basilisk' covers the experience of being so rooted in your own problems that you're detached from what's happening around you. I think we all tend to get stuck in letting our struggles become our identity. 'Inherit The Tragedy' follows the more classic themes that band has offered out in the past. We've never been a stranger to writing songs focused on cutting the chord from someone who becomes dead weight."

Produced, mixed and mastered by Carson Slovak and Grant McFarland (AUGUST BURNS RED, RIVERS OF NIHIL), the late 2020 release of "No Eternity In Gold" showcased LIKE MOTHS TO FLAMES like never before. Displaying their trademark foundations of incisive technical dexterity and uncompromising heaviness — all underpinned with earworm melodies — their fifth studio album is the result of challenged perspectives, fully-realized ideals and lessons learned.

With 63 million streams and a decade of global touring to their name, LIKE MOTHS TO FLAMES have long been metalcore scene stalwarts; now, they're making their bid to lead its charge.