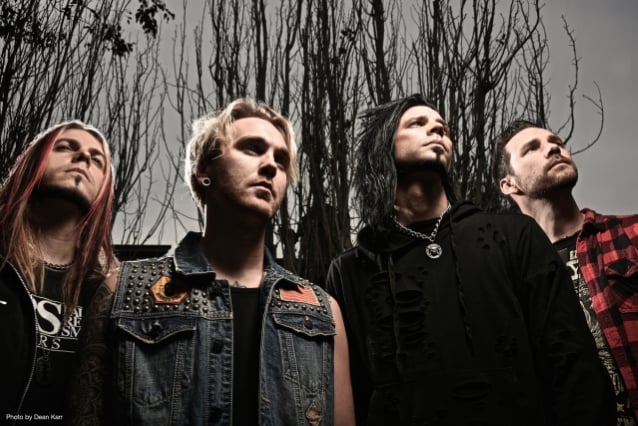 Hard rock four-piece LIKE A STORM has released a music video for "Complicated (Stitches & Scars)". The clip was shot by Ron Thunderwood and edited by Sam Shapiro.

"Complicated (Stitches & Scars)" is taken from LIKE A STORM's latest album, "Catacombs", which was released last year via Century Media/RED. The disc was produced by LIKE A STORM's Chris Brooks, Matt Brooks and Kent Brooks.

The Auckland, New Zealand-bred brothers, alongside Los Angeles drummer Zach Wood, are currently on the road headlining the 2019 SiriusXM "Octane Accelerator Tour". ROYAL TUSK and AFTERLIFE are providing support on the trek, which is hitting major cities like New York, Chicago, Dallas, Baltimore, and more.

Hailing from Auckland, LIKE A STORM is the most successful New Zealand rock band in U.S. radio history.

LIKE A STORM has toured the globe with some of the biggest names in rock, including ALTER BRIDGE, SLASH, OZZY OSBOURNE, SHINEDOWN and THREE DAYS GRACE.