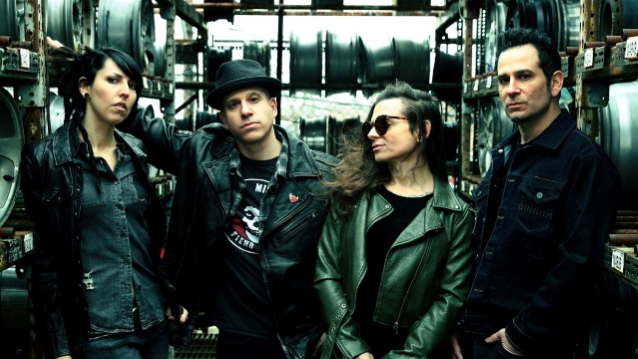 LIFE OF AGONY has hinted that its upcoming sixth studio album will be a conceptual follow-up to the band's debut.

Released in 1993, "Rivers Runs Red" told the story of a confused and disillusioned young man with low self-worth and a poor support network, who ultimately decides to commit suicide.

Based on a newly released trailer, the "Rivers Runs Red" tale will be picked up on LIFE OF AGONY's next next disc.

LIFE OF AGONY is scheduled to enter the studio this month to begin recording its new album for a tentative fall release. The disc will be the band's first since the addition of drummer Veronica Bellino, who replaced Sal Abruscato last year.