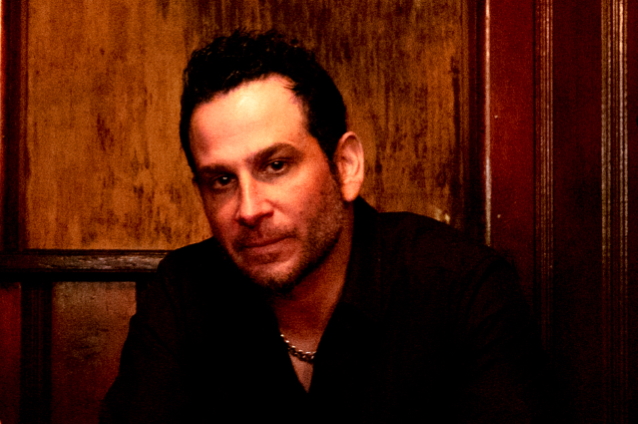 In a new interview with Guitar World, LIFE OF AGONY guitarist Joseph Zampella, a.k.a. Joey Z. spoke about the fact that album sales are continuing to fall as the music business inches closer to an access-over-ownership model.

"Music has lost a lot of mystery now with YouTube and the Internet," he said. "At one time, the only way you knew what a band was like was to see them yourself or buy the home video. What got you excited was the mystery. The newer generation has lost that, and music has lost its value.

"People will spend $15 on a lunch that lasts half an hour, but they wouldn’t spend that on an album that will last them a lifetime," he continued.

"The value of music has to return — or else there'll be no music business."

Back in 2017, Zampella told Rock Arena that the music industry has changed drastically since the early days of LIFE OF AGONY. "Things move so much faster now than they did in the '90s," he said. "The human attention span is very short now. Everyone is getting everything whenever they want it or need it. It's much harder to break a new band because there is just so much on everyone's face from all sorts of media. You could say the world has turned into one big distraction. You have to be really unique to stand out. That's why I believe we've seen so many bands trying different things to grab your attention. As far as the shows go, Europe still brings in a certain old school vibe. I still feel a lot of excitement in the air when we go over there. The U.S. crowds are okay most of the time, but as far as the old-school vibe, it's mostly gone here. People used to live and breathe music here too… Now it feels like they're into the 'flavor of the week.'"

LIFE OF AGONY's latest concept record, "The Sound Of Scars", was released last October via Napalm. The disc acts as a "chapter two" to LIFE OF AGONY's iconic debut, "River Runs Red", which came out in 1993.

Hailed by Rolling Stone as "one of the greatest metal records of all time," "River Runs Red" was an emotional concept album that focused on a troubled teenager's inability to cope with what seemed to be the worst week of his life. The album connected to a broken generation in a visceral way through its cathartic message and hard-hitting approach, and the band developed a cult-following in the process.