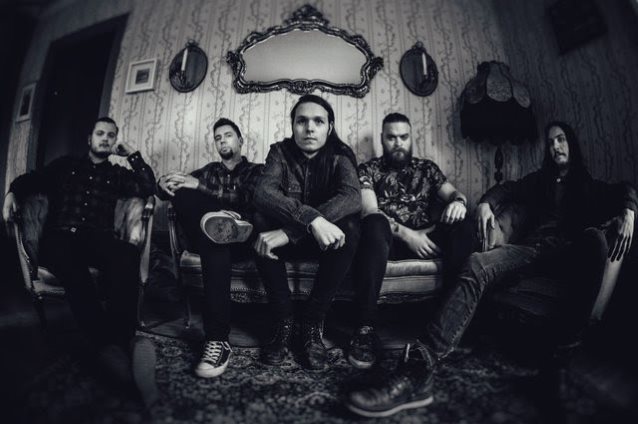 Borlänge, Sweden-based progressive extreme metal architects LETTERS FROM THE COLONY have inked a deal with Nuclear Blast. The band is currently recording its debut album, "Vignette", for an early 2018 release. The disc will be mastered by Jens Bogren, who has previously worked with DIMMU BORGIR, OPETH, PARADISE LOST, SEPULTURA and KREATOR, among others.

According to a press release, LETTERS FROM THE COLONY "builds upon the intersection between perfection and ordered chaos; the unbridled joy of experimentation and virtuosic instrument mastery. They deliver highly complex songs full of unbound aggression, progressive structures, but also do not shy away from playing saxophone alongside guitars or sampling the call of a deer into a track!"

"Vignette" is described as "the culmination of [LETTERS FROM THE COLONY's] struggles and hardships throughout its seven-year existence."

LETTERS FROM THE COLONY is: