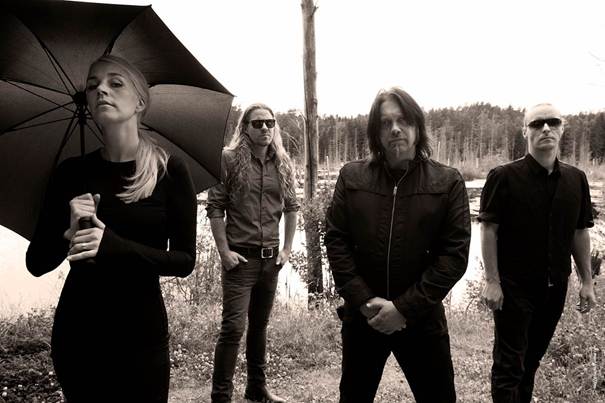 AVATARIUM's first release was a 12-inch mini-LP, "Moonhorse", featuring the title track, the B-side "Boneflower" as well as an acoustic cover version of BLACK SABBATH's "War Pigs". It arrived on September 20.

The official lyric video for the song "Moonhorse" can be seen below.

Commented Erik: "As opposed to many contemporary artists eager to express their inner emotional turmoil, my ambitions as a painter stand first and foremost from a lifelong love of hard-rockin' music and the inherently darker iconography of that genre.

"I'm seldom one to channel personal experiences in my art but rather view my work as part of the heavy metal tradition forged by likes of Derek Riggs, Ken Kelly and many more.

"In the specific chase of AVATARIUM, my sources of inspiration have come to include the heretical idolatry of the pre-Christianized cults throughout ancient Europe and esoteric allegories of the late medieval secret societies."

Jidell has the following to say about the birth of "Avatarium": "We are very proud to present the first, but not the last, AVATARIUM album to you.